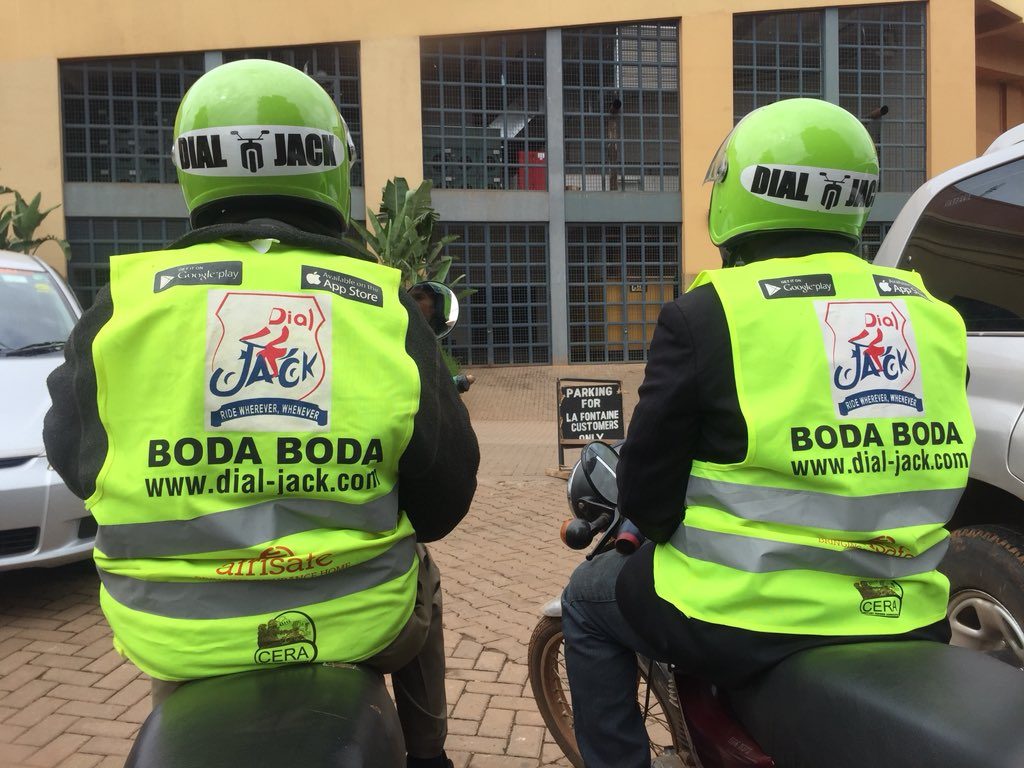 Three and a half years back, we posed a question on what was hindering us from hacking into the boda boda industry. Somewhere somehow, an ear heard the knock and opened the door for opportunity to set in. From SafeBoda attaching safety and a better user experience for motorcycle passengers, to Taxify and uberBoda adding a stone to their weights, the ride-hailing practice has been assimilated by citizens who are now beginning to grasp the entire concept. Now comes in Dial Jack, another boda hailing service that is set to launch in Uganda.

A Ugandan company that started about two years ago, Dial Jack’s operations officially commenced in January this year and they started recruiting in April. With a launch date set for 20th June, there are free boda-boda rides to anyone who downloads the app for use that day. Thereafter, the company is subsidizing 50% for all rides over the next month. The company says they’ll only accept Cash and Mobile Money for now, but there is hope to introduce more cashless payments like VISA, PayPal and cryptocurrency like Bitcoin.

Some of the community initiatives Dial Jack is set to roll out to on-boarding drivers include a Personal Accident Insurance given by the company in partnership with AfriSafe Uganda and in case of an accident, they’ll receive a daily upkeep of UGX 25,000 for 10days; and recognition initiatives like funding of rider permit costs.

On the rider side, the distinct aspect about the brand is that you can schedule a ride that you may want to take later, something that the competitors had not exhibited yet. There is also the SOS button that you can tap in case of an emergency, which will alert all other boda bodas within your location to come to your assistance.

With the central government querying the security of the motorcycle business and the industry at large, boda-hailing companies are the only option for riders to have a firm identity and stand secure in case of a rout.

One thought on “Dial Jack, a new boda-hailing app is launching in Uganda. Here’s what it brings!”