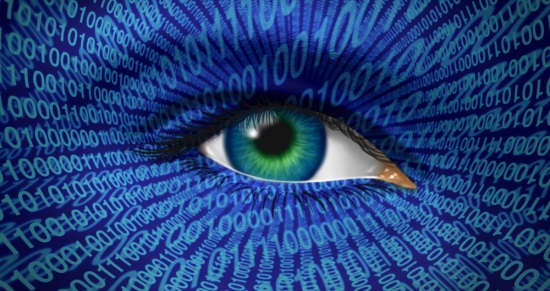 The internet, since 5th June has been awash with conspiracy theories of close collaboration between NSA and major technology companies in Silicon Valley. These nefarious ties’ allegations publicly leaked by a former NSA IT guy, Edward Snowden  in unprecedented series, have been denied by the accused  key players. Although it is inevitable that security agencies and tech firms frequently cross paths as they deal in the same currency — information — user data, abuse of internet freedom  and privacy infringement are the issues of major concern.

Big data usually includes data sets with sizes beyond the ability of commonly used tools to capture, curate, manage and process data within a tolerable elapsed time. Examples include astronomy, atmospheric science, call detail records, internet search indexing, social networks among other complex scientific and military surveillance phenomena. Big Data has been a buzzword word for the greater part  of the recent past for its enhancement in data storage and retrieval and also its close association with cloud computing. As a salient feature of venturing into this industry, a large initial sum of investment is a must. This explains why there are a slew of multinational companies plying this trade.

You are the Internet’s TV

The aforementioned shows how sensitive and expensive data is, however, when users’ privacy is comprised a lot is left to be desired. A series of leaks commenced with a court order requiring Verizon to provide NSA with “metadata” for all Verizon phone calls involving at least one partner from the U.S. Edward Snowden has proceeded with unmasking  NSA’s secret  mining of data through its PRISM program in collaboration with 9 big tech companies. The named companies are; Google, Apple, Facebook, Skype, YouTube, AOL, PalTalk, Microsoft, Yahoo. This implies that the security agencies had backdoor direct access to these companies’ servers. It is almost certain that NSA egregiously gathers this information to identify potential terrorism threats or espionage against the U.S. Henceforth, perception may be as important as reality; NSA may, too, be spying on competing foreign companies’ economic performance against American companies since most of the foreign companies entrust their data with U.S based servers. Everything done with the auspices of the best cyber-protection is being watched. The internet is watching every step you make.

It should be noted that a business’ strength lies in its ability to make profits in the long run and whatsoever it shouldn’t clash with government’s line of goals lest it risks frustration. Whilst many of these companies depend on ads for economic survival, they are not sufficient for business excellence. Maintaining good relationships with the federal government is an incentive to bagging extra cash through exceedingly rewarding contracts. In return tech companies give access to user’s classified information, of course through court orders.

As it boils down; these tech companies, being custodians of big data, are using descriptive statistics such as detecting trends, social media and economic behaviours of users to target specified adverts as a measure of garnering exponential returns. All the information gathered is voluntarily turned in by ardent users albeit unobtrusive monitoring. The spying agencies love this; they couldn’t have done it without the collaboration of the self-centered tech companies. The users may call this criminal, a collaboratively executed crime of which they have no one to report to.