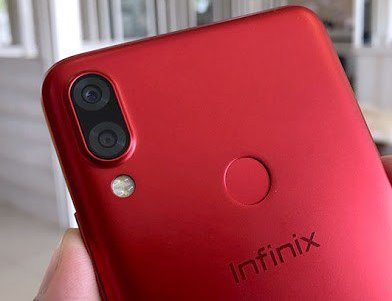 Over the past few months, Infinix Mobility has had a set of amazing releases in the Infinix Hot 6, Hot 6 Pro, the S3 and the most recent Note 5. While these devices have amazing and highly captivating specs not worth missing out, the price leaves out some of us that can only afford the limit of our wallets. To this, Infinix has shifted the guns to the budget-friendly Smart-series.

The OEM has released the Infinix Smart 2 and Smart 2 Pro. These second generation smartphones come after almost a year since the first Smart smartphone. Last year’s Smart did not have a bigger variant, an excitement driver for the new Infinix Smart 2. The two have close to similar features with a few notable differences.

They both got a front glass with plastic unibody and a plastic back with a metallic finish. The Infinix Smart 2 features a single rear camera and LED flash while the Pro features a dual rear camera placed at the top left corner in a vertical direction, a LED flash and a fingerprint sensor. The camera of both Smart smartphones features a bokeh effect while the Smart 2 Pro adds portrait mode feature.

Powered by a 1.5GHz quad-core processor and running on Android 8.1 Oreo-based on Infinix’s XOS Hummingbird UI, the Smart 2 comes in two memory versions with 16 GB ROM. It has the 1GB memory version that has no fingerprint sensor, and the 2GB memory, which features a fingerprint sensor. The Pro version has been made an upgrade with a 3GB RAM and a 32GB internal memory.

The smartphone comes with a 3050mAh non-removable battery which provides long usage as the device will last well at full charge for a day. Did I say they have face unlock technology pre-equipped? They do!

The Smart 2 was launched silently but availability should be soon enough in Infinix branded stores. It is already available on Simba Telecom at UGX 398,000 – implying that the price could range within the bracket.