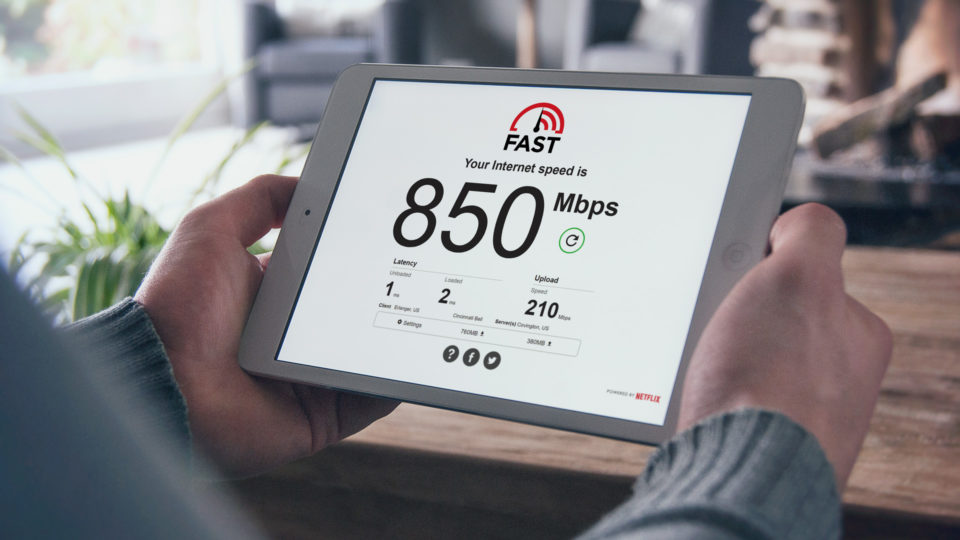 Netflix owned Fast.com web app is an essential tool in testing your mobile and broadband speeds. This free web application allows you to instantly check the speeds you’re getting from your internet service provider by automatically performing a series of downloads from servers when you connect to the site. It was earlier designed to be a simple looking platform showing just an Mbps number and a link to compare your speed to other users.

But the demand for more information about one’s internet connection could have prompted for a revamp, which has been done. The app can now measure your connection’s latency (lag/ping) and upload speed. This will help to give you a more comprehensive view of your internet connection speed and allow you to determine whether your ISP is providing as required of them.

Upload speed is how fast your data is being uploaded to the internet while Latency is the time it takes for data to travel from a user’s device to the server and back. On the app, latency will be measured on both unloaded and loaded connections.

Read About: How to browse the internet on your computer with very slow internet speeds

Let’s say you’re playing a game online on your computer. If you’re the only user on the network, then the time between your gaming action (like moving a mouse or clicking it) and the response from the gaming server will approximately match the unloaded latency measurement. However, if someone else is streaming a movie, backing up photos or performing other data-intensive tasks on the same network at the same time, your gaming response time would correspond to the loaded latency measurement.

Ideally, those two values for unloaded and loaded latency should be close to each other. If not, that might explain your poor experience with latency sensitive applications (like gaming, video calls or web surfing) under heavy network usage.

Netflix generated more than half a billion speed tests over the past two years, and after consulting regular Fast.com users, they are adding the ability to measure connection latency and upload speed.