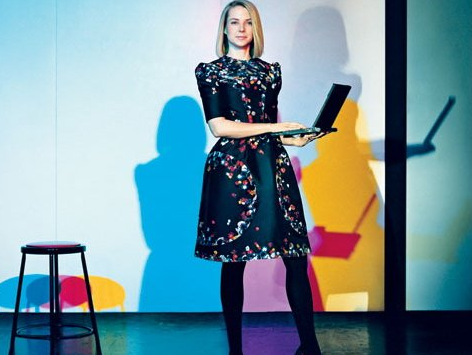 Stereotypes aside, given the same challenge, women and men have equal opportunities at succeeding.

However, the masochistic orientation is traditionally considered normal for women in comparison to men

According to the Bureau of Labor Statistics, less than 1% of American high school girls think that they have a future in computers and code, in Africa the numbers are even more discouraging. Even Google has reported its own lack of diversity, but hopes to change all of that – and has granted $50 million to the cause over the next three years.

In an earlier post on Dignited, an analysis was done in regard to why girls have still not jumped on the coding bandwagon as their male compatriots. In that post, Lynn Asiimwe, one of the interviewees, who is an avid programmer herself says “Coding requires lots and lots of persistence and resilience. You’ve to spend hundreds if not thousands of hours just trying to debug an error in a specific piece of code. Most girls just don’t have that kind of patience and persistence.”

So, was she implying that girls simply do not have the grit to push on with the numerous hurdles in life? No. Well, she wanted to put it more aptly that girls would only drowse themselves in writing code if they had the support their male counterparts had.

But it could be deeper than that. It is an incentives game, the women hope to harness the coding skills accumulated in the shortest time possible and hope to see immediate benefits, perhaps monetary benefits too. On the contrary that isn’t usually the case, coding is a painfully slow process that requires perseverance and tenacity at outstanding levels.

It is weirdly benign in that the people who are covertly excluding active women participation feel bad about what’s happening to them, and at the same time don’t think they are doing contributing to the problem. Look at Google for example, in my opinion, it gets it wrong with it’s initiative geared at acquainting women with both coding and business skills at the same time. The incentive of over-night success from the code-enterprise-blitz comes out pretty much as deceptive following frustrations –yes, conclusive evidence shows a sky high drop out rates by the would-be girl geeks. You see, you can not simply teach someone almost diametrically opposite trades, in a blink of an eye, especially when they are not cut for such.

Going back to the basics

In an interview with UP Global, Re/code co-Executive editor, Kara Swisher

The lack of diversity needs to be addressed early in the education process when little girls are deciding to do maths and science.

The culture is still rigid

According to Marketing Magazine Facebook chief operating officer Sheryl Sandberg believes that gender equality in the work place remains decades away, she told an audience at the Cannes Lions Festival.”We are decades away from having half this audience made up of women as only 3% of creative directors are women,” she said.

Sandberg believes that by changing the way the industry thinks about marketing to women, then cultural change will follow.

Any boy or any girl should believe they can do anything because they have seen it [in marketing].

“We are three decades past women getting 50% of college degrees but still men have 94% of top CEO jobs.” Boys vs. BossyShe added: “This is a cultural problem. We don’t expect women to be leaders. By the time they are in junior high, more boys want to lead. Bossy is used four times more for girls than for boys.”

Sandberg called on the audience to help “ban bossy”.

“That phrase is funny, but what’s interesting is that when you say it about a little boy there is no humour.”

Okay ladies, now you know, please get back to work.