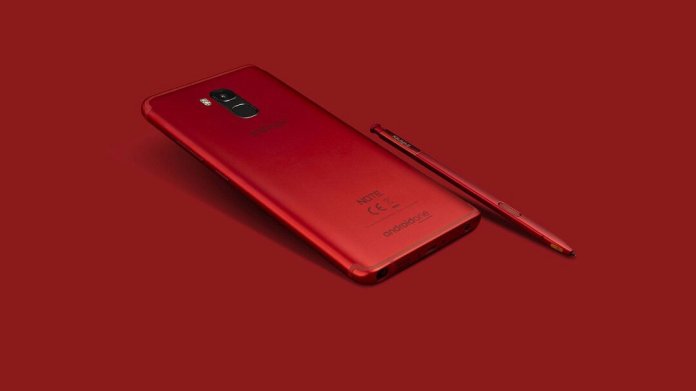 Following last year’s move to release two variants of the Note line-up, Infinix has unceremoniously made available this year’s beefier variant of the Note 5, the Note 5 Stylus. The update spots a few improvements over the base model in more ways than one.

Most important to note is that the Note 5 stylus fixes what was fundamentally wrong with last year’s implementation of the X-Pen. The stylus is now housed in the phone, not in a bulky phone case like last year’s model.

Also upgraded this year are the internals. The Note 5 Stylus spots double the storage available on the base model Infinix Note 5 to start at 64GB internal storage and an extra GB of RAM so it now spots 4GB.

Unlike the Note 5, the Stylus is built using metal instead of plastic made to look like glass which is an extra point for this beefy device. The Stylus packs a smaller 4,000 mAH powerpack that happens to be a little smaller than that on the Note 5 and that can be attributed to the built-in holder for the Stylus.

4,000mAH is still an impressive cell so no complaints there, bearing in mind that it supports XCharge, Infinix’s in-house fast charging technology that has gotten a lot of acclaim since launch with the Note 2.

Also Read: Key technologies in the Infinix Note 5 worth your money (Does it really use Artificial Intelligence?)

Perhaps the biggest selling point for this device, and the Note 5 is the fact that they both run Android One. This carries a guarantee from Google that the device will receive regular updates and security patches for the next two years, just like Google’s own Pixel devices. This also means the devices run a lean and unbloated version of Android with Android Pie update coming soon.

The Infinix Note 5 Stylus is now available in stores and in accredited Infinix retailers across the country at a rather reasonable price of Ksh 25,499. This is slightly pricier than what the base model Infinix Note 5 goes for, KSh 19,799

Behold the Creator.
Available in all our outlets countrywide at KES 25,499.
Get it now and create your masterpiece.#IntelligentCreator pic.twitter.com/dQKoJGy2Jg