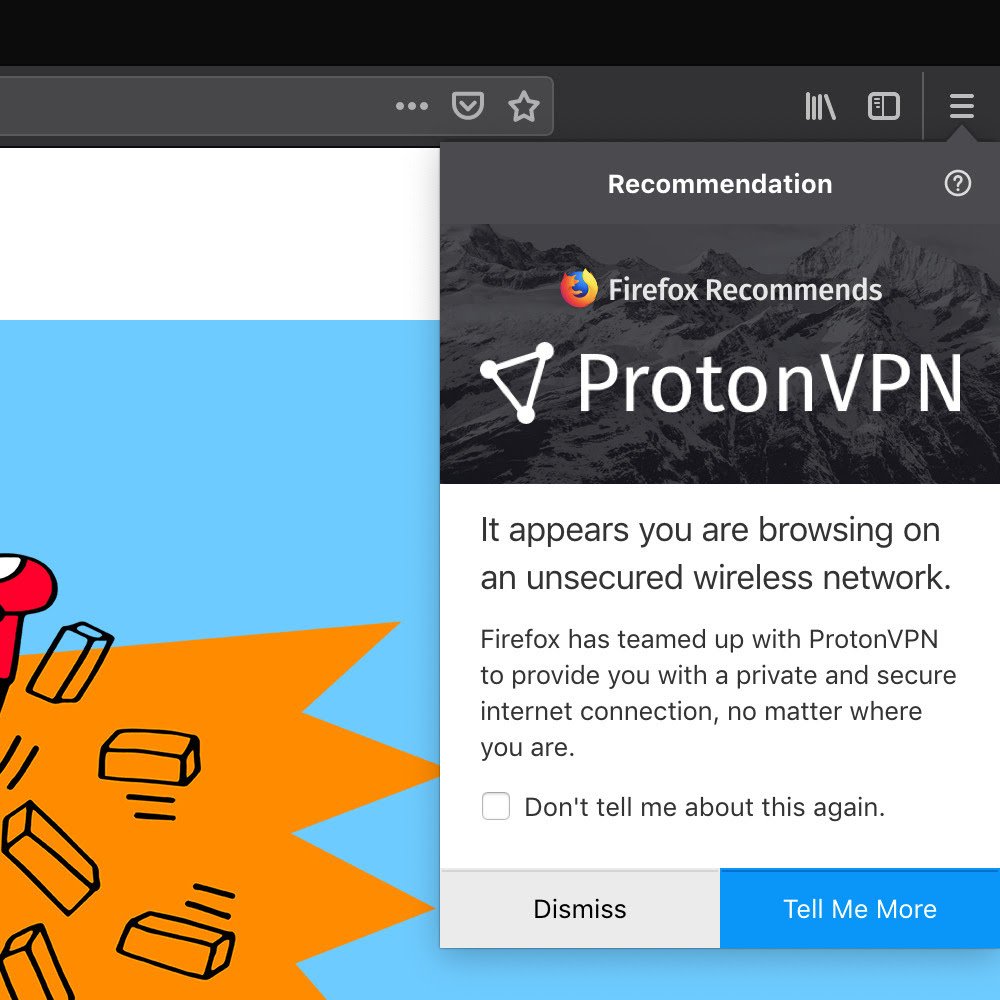 Mozilla Firefox has got to be one of the most popular internet browsers available today. Today, the Mozilla foundation has partnered with the ProtonVPN service, with a new notification popping-up when the browser detects an unsecured connection, or in a scenario when VPN might be preferable to users.

Only US-based Firefox users on the latest Firefox 62 for desktop versions (Windows, Mac, and Linux) are eligible. The experiment will be time-limited and Mozilla will assess its success before expanding it to its global userbase.

This partnership could bring users some level of peace of mind. See, in many cases, using a VPN is actually worse for your security than connecting to a public Wi-Fi network. Many VPN services have been found logging user data, and it’s hard to know which ones actually care about your privacy. Mozilla going all in  and recommending Proton VPN could mean that this is one of the good ones.

Mozilla is offering ProtonVPN’s services for $10 a month, which is actually $2 more than if you signed up for the same package directly through ProtonVPN. But, the majority of the revenue from ProtonVPN subscriptions that are processed through Mozilla will go directly to Mozilla. Both companies are banking that people will have good will about paying a little more in order to support their “shared goal of making the internet a safer place.”

It is important to note that Mozilla Firefox isn’t the first to the party. Opera browser for Linux, Windows and Mac has had built-in VPN support for a while now. Opera’s VPN solution also doesn’t require any additional funds from users. This might raise concerns on how exactly Opera manages to raise the revenue to offer free VPN as in tech, if you are not paying for the product, you are the product.