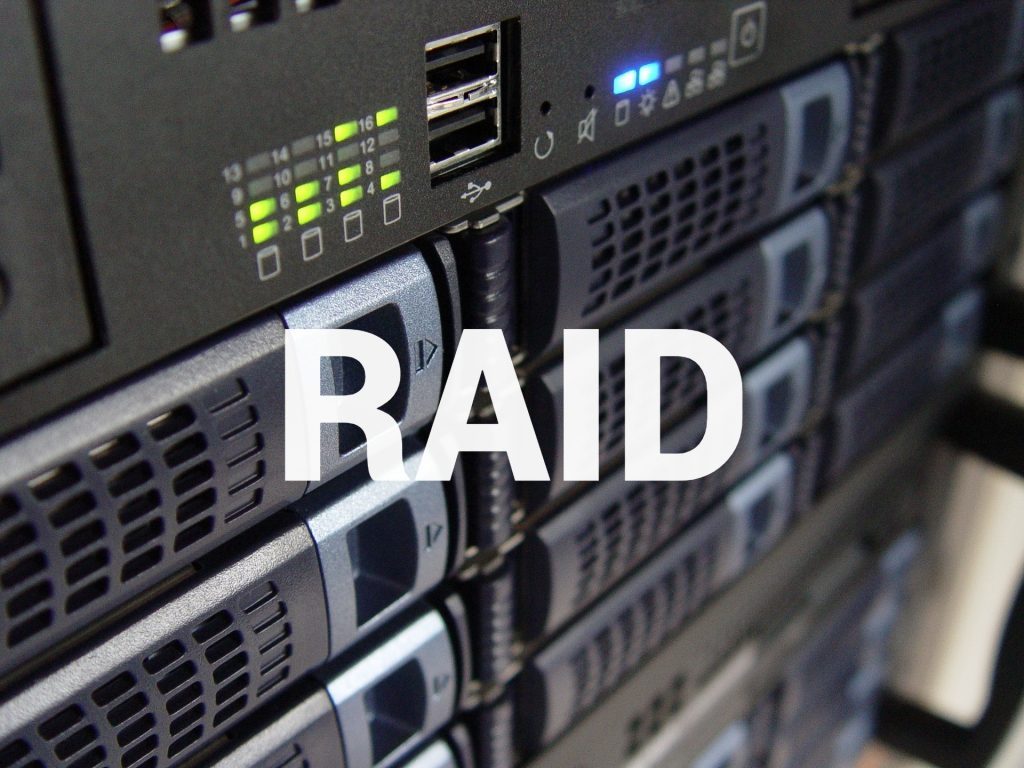 In your search for best data storage or backup solutions, or perhaps randomly on some pages on the internet, you must have come across the acronym “RAID”. And while you might have also stumbled upon its many advantages, you are still confused as to what RAID is, what it does, how it works or how it is related to storage. In this article, we will highlight the basic things you need to know and understand about RAID. Oh! By the way, RAID in this context isn’t in any way related to the line of insecticides produced by S. C. Johnson & Son (see image below). LOL. Find out more about raid below.

No, not this RAID.

RAID is an acronym that stands for “Redundant Array of Independent Disks“. Formerly as “Redundant Array of Inexpensive Disks”, RAID is a technology that brings improved performance and fault tole to your personal or business storage system. When the term RAID is mentioned, it means the storage uses multiple disks to store the same data to protect them in the case of a disk/drive failure.

Compared to single disk drives, RAID increases storage capacity in a system but most importantly, improves performance, data security and reliability by utilizing multiple disks. You should, however, know that not all multiple-disk system are considered as RAID storages. There are non-RAID storage systems that consist of multiple disks that operate separately, not in an array or sequence.

Simply put: RAID is a storage technique where multiple small and independent physical hard disks are combined in a system to form a single large-size logical hard disk.

There are three known ways by which data is stored in a RAID array:

1.  Mirroring: This is a well-known technique of a RAID storage system. In a RAID storage that performs Mirroring, the system ensures that data written or copied onto one disk is simultaneously written on the other. Mirroring allows two or more drives in the array have identical data, ensuring that if one disk in the system fails, the second disk is available as a backup — known as drive redundancy. You shouldn’t, however, consider a RAID storage that solely uses this technique as a backup storage. This is because if you (accidentally or not) delete data from one drive, the same data is simultaneously erased from the other drive(s).

2. Striping: this is another technique used to store information on a RAID storage. Striping basically allows the storage to spread data over multiple disk drives by partitioning the storage space on each drive into units.

3. Parity: Because data transmission is almost never void of errors, some RAID systems use Parity bits to detect errors. Using Striping and Checksums, a RAID storage based on the Parity technique can recover data in the case of disk(s) failure. Some RAID storages usually have one or more disk drives (called Hot or Spare drives) that contain parity information which helps rebuild lost data in the case of a failed drive by re-calculating missing data blocks.

The above-listed storage and data transmission techniques are used by RAID storages either singly or in a combination. Mirroring, however, brings about performance improvements as well as fault tolerance to your RAID system while striping affects mostly performance; does not have fault-tolerance/redundancy.

“Levels” is a system of naming RAID storage which helps describe how data is distributed across the drives. Levels tell you a lot about a RAID system: fault tolerance, (usable) array capacity, redundancy, performance, among other characteristics of the system.

Currently, there are three (3) categories of RAID levels:

These are the basic RAID levels and they include:

Level 0 – this level uses the striping technique for data transmission using a pair of disk set. This level is best if you need a speed or performance-oriented RAID storage. It, however, lacks redundancy. Hence, no fault-tolerance or data protection capabilities.

Level 1 – based on the mirroring technique, RAID 1 provides fault-tolerance and also improves read speed since different data can be accessed simultaneously from all the disks.

Level 2 – Although no longer used, RAID 2 uses the striping technique to stripe data across disks at bit levels.

Level 3 – Like Level 2, RAID 3 is also no longer commonly used. It also adopts the striping technique but stripes data at byte level. 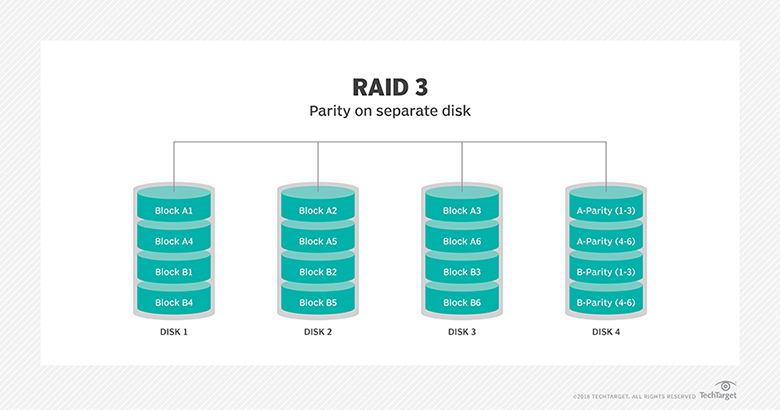 Level 4 – RAID uses large stripes to transmit and in addition, comes with a hot spare disk where it stores parity information in order to effectively achieve redundancy.

Level 5 – In this configuration, at least three (3) drives are required.  Some characteristics of this level include block-level striping and distributed parity for improved redundancy and performance.

Level 6 – This is similar to RAID 5 in that they both are configured to used block-leveling striping. It is however more expensive and has slower write speed. The difference is the use of double parity across all disks in the array which handles the system continue to function without hiccups should two disks fail.

Level 10 – this setup uses both striping and mirroring techniques (by creating multiple RAID 1 mirrors and a single RAID 0 stripe) to provide improved data protection. Users will have to sacrifice a huge chunk of their usable array capacity, though.

These categories of RAID configurations are not commonly used but are sold by a number of vendors. Example of non-standard RAID levels include Level 0+1, Level 7, RAID 1E, and RAID S (also called Parity RAID).

RAID has been around for a long time. Used by businesses, organizations and even in home offices, it remains an integral aspect of data storage. However, some sources report that it is becoming obsolete now and being gradually replaced by better non-RAID technology like solid-state drives (SSDs), hyperscale computing, and erasure coding.