While some smartphones are focused on cameras, budget-friendliness, elite class and all; a couple of smartphones are centred on gaming. Given a smartphone universe where OEMs keep fighting for supremacy, gaming-focused smartphones also leave no slouch whatsoever.

Not so long ago, Xiaomi Black Shark Helo, Xiaomi’s latest gaming phone, bagged the status as the world’s first 10GB RAM smartphone. Shortly after that, ZTE responds with the ZTE Nubia Red Magic Mars, another gaming smartphone with 10GB RAM. The phone is also dubbed “God of War” by its manufacturer.

Interesting enough, the humongous RAM is just one of the stellar features loaded in this new smartphone. Now, let’s go on a ride into the Nubia Red Magic Mars.

CHECK THIS OUT: What smartphones have a whopping 1 Terabyte of storage

Structured for gaming, it’s only natural the phone supports features that make the experience delectable. First off, there are two shoulder buttons on the right side of the smartphone.

Putting the phone in a landscape mode makes you use these touch-sensitive game buttons the same way you use a game controller. Can you recall the L1 and R1 buttons on gamepads? It’s that sort of functionality.

Thinking of gaming with more physical buttons; ZTE took care of that with the support of game controllers. However, these Bluetooth-controlled joystick accessories are sold separately. 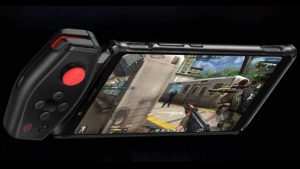 While gaming, there are limited chances of the phone getting unnecessarily hot. This is due to the air & liquid cooling system called ICE integrated on the phone’s chipset.

It helps to decrease the phone’s temperature by 13°C. As a result, the CPU’s performance is heightened by 70%.

What’s more, the phone’s stereo speakers supported with DTS 7.1 audio and 3D Surround helps to beef up the sounds emitted while in action. If the supposed 4D gaming feel is anything to go by, the phone will undoubtedly blow your mind. The 4D experience is dished out through a “4D shock” haptic feedback on the device.

Well, it’ll be a terrible thing for a game-centric smartphone to lag in the process of gaming. To suit users, ZTE utilised Qualcomm’s top-of-the-line system-on-chip, Qualcomm Snapdragon 845 as the phone’s chip. The chipset possesses as much as eight cores primed at 2.8GHz speed for reliable performance.

Attached to the phone’s chip is a 10GB RAM to coordinates its multitasking vigour & seamless running of multiple apps. Other editions of the smartphone support 6GB and 8GB RAM. Mind you, the Adreno 630 GPU on this chip dictates how efficient gaming graphics are relayed on this phone.

In the ascending order of the RAM’s magnitude, storage options of 64GB, 128GB and 256GB are availed to the smartphone.

THIS WILL INTEREST YOU: The Zero, Hot, Note, and Smart series: A guide to Infinix smartphones

Android 9.0 Pie framed in the Nubia Red Magic 6.1 OS runs the software roles on the smartphone. The display unit is spearheaded by 6.0 inches FHD+ IPS screen with 18:9 aspect ratio. 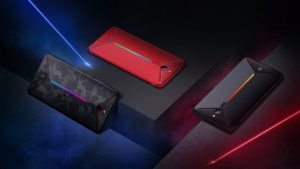 ZTE Nubia Red Magic Mars was launched in November 2018. It comes in the following colours: Black, Red, Camouflage. Its 6GB RAM / 64GB ROM variant costs $390, the 8GB/128GB option costs $460 while the 10GB edition is sold at $575. It’s currently available in China. However, ZTE hasn’t released any information about its global release.