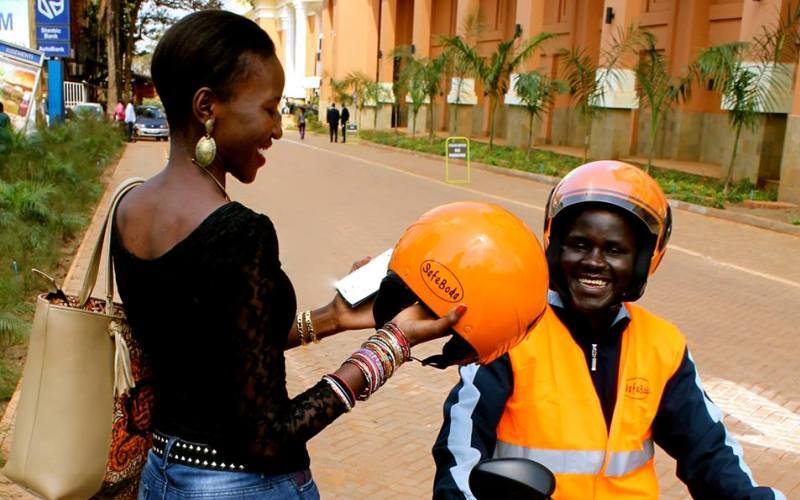 Over the past few years, Safeboda exploded onto the scene, ticking off regular boda riders everywhere and making boda rides super cheap, super easy and relatively a safer way to get from one place to another. We’ve talked before about why we like ride hailing so much, but frequent riders will know there’s one major downside to using them: surge pricing.

Until Wednesday 21st December, the orange helmets had kept clear of surge pricing which had infested other boda hailing services like uberBODA. This made them the most affordable service for the most part. However, they have finally succumbed to the same evil that has caused a sea of bad reviews towards other hailing services, surge pricing. Safeboda has moved to raise trip costs for mornings and peak hours.

Why did Safeboda raise trip costs

Related: How to ride safely on a Boda: A brief guide for a friend visiting

Surge pricing isn’t arbitrary. It happens during times when — and in locations where — drivers are in high demand. You’ll see surge prices during peak hours and morning hours. Some services like Uber use surge pricing in busy areas, after major concerts when everyone is trying to get transportation to get them home. The more people trying to get a ride, the more expensive it’s going to be to get that ride, it’s economics 101: supply vs. demand.

The Safeboda service has been faced with situations where customers are slapped with the “No Safebodas around you” notice which persists even after multiple attempts to get one. The reason for this is simple: Low prices = High demand. Is Safeboda raising trip costs during peak hours to reduce demand? Can’t they just increase supply of Safebodas to meet the demand?

However, a little price increase during morning and peak hours isn’t going to have a huge effect on your life, but sometimes this surge pricing can get out of hand. I once paid 3x the usual fair for an Uber home from a concert. This is because Uber was surging due to the amount of people trying to leave the concert, and I admit I didn’t pay enough attention to the surge warning before booking my ride.

These trip cost hikes during rush hours may not be super high, they are however not taken kindly by most people. Will the rise of Safeboda trip costs have an impact on the two-wheel hailing service of choice? Will it attract the same bad reviews that have tarnished the image of services like Taxify? This will be a question of time. Let us know what you think in comments.