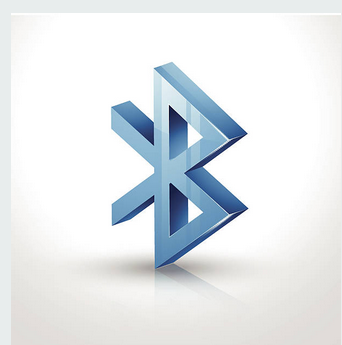 Bluetooth Special Interest Group (SIG) announced a new Bluetooth version called the Bluetooth 5.1 earlier this year. For its last release, Bluetooth 5, there was a spotlight on the interaction of IoT. With this edition, more refinement has been done to that aspect.

There are a couple of fascinating features equipped on this Bluetooth version ranging from faster & smoother connections, more reliability and the top gun – direction-finding. From this point onward, we’ll be discussing its new features under the headers below.

Coming in as an improvement to Bluetooth’s indoor navigations & proximity solutions, this standard will read not only the distance between devices but also the precise location.

Formerly, Bluetooth tracking systems could determine how close or far devices are based on the signal strength. It couldn’t pinpoint the exact location of the other device, say smart kitchen or smart watch.

With the new development, it will carry out both actions effectively through two methods – Angle of Arrival (AoA) and Angle of Departure (AoD).

It requires that either the transmitter or receiver possess an array of multiple antennas that’ll read the direction of the signal. And the good news is, it tracks the route to a couple of centimetres.

In this regard, Bluetooth 5.1 employs two advertising enhancements techniques. I’m sure we know advertising refers to how a Bluetooth device broadcast their availability for connection to other scanning devices.

One of the techniques is known as Randomised Advertising Channel Indexing. This enables the two devices to select channel indices for advertising randomly. It’s unlike the Bluetooth 5 that strictly connects on specific packet data.

Thanks to the random indexing, there’ll be fewer chances of packet collision. In busy radio environments, this guarantees more reliability for applications that utilise connectionless communication.

During Periodic Advertising, a smartphone can store a TV’s advertising schedule in the form of SyncInfo. It allows the smartphone to connect to the TV only when the TV periodically sends its advertising packets.

Less constrained devices like smart watches might lack the energy cost for such operation; hence, the PAST allows the smartphone to transfer the periodic packets to the smart watch.

More so, Bluetooth 5.1 adopts an improved GATT caching that reduces the power consumption of the device. Typically, GATT caching uses service discovery from a smartphone to find out the characteristics of the other Bluetooth LE devices (like smart locks).

In the previous model, each connection needs to pass through the service discovery phase. The phase comes with a slight delay and power consumption. With this new version, the devices will interact via the stage on the first occasion alone. Therefore, it offers a quicker connection and battery conservation for both clients.

On a final note, Bluetooth SIG has released this Bluetooth version to developers, so we could see the Bluetooth 5.1 in devices later this year.

READ MORE: How to Create a Bluetooth PAN (Personal Area Network) on Android