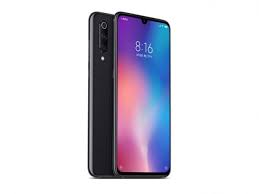 Xiaomi has always proven to be quite a contender in the flagship space and the numbers are there to show for it. Introducing its own flagship in the MWC event, the Xiaomi Mi 9, which is quite a stunner that comes with an elegant simmering body. It is quite as beautiful on the outside too labelled with some juicy mouth-watering specs. What’s interesting to see here is that, it goes against other popular higher price flagship trend. Not quite surprising though looking at its track record especially with their fairly new sub-brand Pocophone.

Find out: Why is Xiaomi’s Pocophone F1 so cheap with flagship specs?

For instance, the Pocophone F1 is a smartphone that offers flagship grade specs at a very budget price. There was the Xiaomi Mi Mix 3 too that has a relatively novel design and one of the low priced smartphones in this niche. Both of these smartphones offers quality cameras, top of the line processor as at the time of release and so on. Now, here is the latest flagship and it costs about half the price of flagships from other competitors.

It is of popular knowledge that the material of choice in premium smartphones like this, albeit, the occasional ceramic ones is glass. The Xiaomi Mi 9 has a twist to its own with its curved edges that is more pronounced than the other said curved ones. Its aluminium frame is sandwiched between durable Corning Gorilla Glass 5 assuring that your smartphone is fairly protected. However, Xiaomi still manages to give you something light as the smartphone weighs just 173g. To compliment that, the smartphone has a thickness of 7.6mm making it svelte and easy to hold.

Going along with recent trends, there are minimal bezels around the screen. Much more reduced than most smartphones anyway and has a water drop notch housing the camera. Over to the back, you’ve got a shiny metallic coating combined with a rainbow hue that is much prominent in the violet and blue colours than on the black variant. There is also a special transparent edition which is not really see-through but an aesthetic stunt which gets the work done.

The Xiaomi Mi 9 goes for an AMOLED screen from Samsung which is basically the same screen type as Samsung’s S10 series alongside Huawei and Apple’s flagship respectively. Sporting vibrant colours and of course deep blacks that underline the impressive contrast here. More so, the smartphone has a large 6.39-inch display bugger than the flagship of the top four except for iPhone XS Max and Samsung Galaxy S10 Plus. Resolution-wise, we are talking a 1080 x 2340 pixels while Huawei Mate 20 Pro and Samsung Galaxy S10/have a QHD resolution respectively. Riding on the latest trend, you also have in-display fingerprint scanner which is fast becoming a thing in flagship these days.

Moving along to the photography part of things, there is an array of three cameras positioned on the rear end. Comprising of a giant 48MP camera with f/1.8 aperture, 16MP ultra-wide camera with a 117° field of view and a 12MP telephoto lens for 2x optical zoom. Furthermore, the smartphone has laser autofocus but lack OIS which is somehow disappointing for a flagship. Flipping the phone around, a lone 20MP camera is placed in the notch with beauty mode and portrait selfies available.

No need to fuss about your battery going off in the middle of the day, there is an ample 3, 300mAh battery inside feeding power to the smartphone. Upon depletion, the battery can be filled either by 27W Quick Charge 4.0 or fast 20W wireless charging. Instead of the recent 3.0 version the smartphone has a USB Type-C 2.0 on board which is not quite as fast as the former in data transfer.

Continuing its tradition of having it own user interface, the Xiaomi Mi 9 has the Android 9 OS masked by its own MIUI 10 skin. That aside, there is Qualcomm Snapdragon 855 processor – the latest in Qualcomm flagship chipset generation. Furthermore, there is a 6GB/64GB configuration and the other with 8GB RAM and 128GB internal storage which is suspected to be UFS 3.0 or maybe lesser.

This available stock already sold out in 53 seconds upon release and the next sale we go on sale early next month. The 6GB RAM model costs $448 and the 8GB version for $493.