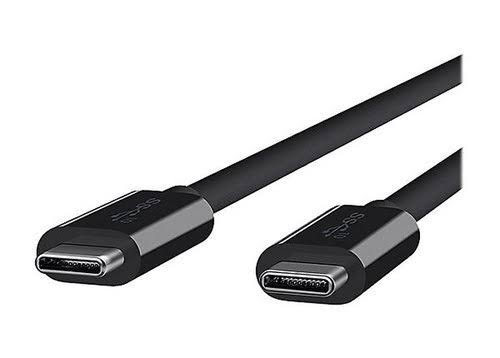 USB standards have grown from a standard for data transfer to include power delivery for devices ranging from smartphones to laptops. However, the USB-PD is the only standard that addresses the power part and naturally detects the amount of power your device needs and supplies that. Nonetheless, if you are concerned about the data transfer side of the story, USB designations like 2.0, 3.2 and so on defines that. You’ve got the old USB 1.1 which delivers 12Mbps, USB 2.0 with 480Mbps also reffered to as Hi-speed USB. Going further, is where the confusion starts and that is what brings us to the USB 3.2 standard we will be looking into.

The body responsible for naming this standards is the USB Implementers Forum or just USB-IF for short. On getting to the ‘3.’ marker of the USB standard, some confusion starts to set in. Initially when data speed of up to 5Gbps was achieved, it was named the USb 3.0 or SuperSpeed. Later on, data speed was doubled to 10Gbps and the former USB 3.0 was renamed to USB 3.1 Gen 1 while the new 10Gbps was designated as the USB 3.1 Gen 2 or otherwise the SuperSpeed+. To be clear, the numeric naming side here is not meant for consumers. Rather, the Hi-Speed, SuperSpeed and SuperSpeed+ designation is what is intended to be the consumer side of the naming.

The USB-IF have made quite an effort to confuse everyone about which is which as far as USB standards are concerned. In its own defence, USB- IF stated that the reason for this is ‘because it’s easier to absorb the earlier technologies into a broader USB 3.2 documentation so engineers have a single reference to check.’ USB-IF Chairman, Brad Saunders also adds that “They are exploring some improvements to target overall simplification.” We just hope this does not go on for too long and users are able to keep track of the evolving naming that’s taking place.