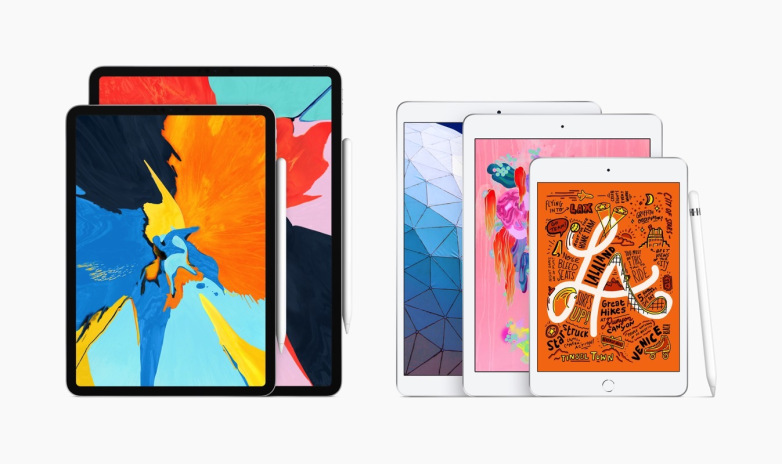 Apple just made an unexpected release of its tablet series ‘iPad’, however, it comes with a design skewed to that of its predecessors ignoring the recent trends and style. The last time we had the ‘Air’ moniker with the name iPad was in 2016 on the iPad Air 2 prior to the change in nomenclature to just iPad. Also, besides the unexpected time of release, the ‘ Mini’ iPad version was not an expected name considering it was the iPad Mini 4 from 2013 that last hear the iPad and Mini in one name. The new iPad Air brings more simplicity to the naming here as it is a cheaper alternative to last year’s iPad Pro and comes with a similar body to the discontinued 2017 iPad Pro.

Here, is a middle-class iPad with the Mini version below and the Pro version above it. The new reincarnation of the Air series comes with a $499 pricing and carries a heavy bezel look from yore and new powerful innards. This makes it a fusion of both the past and the present. The 10.5-inch display with true tone technology is scratch resistant and has an oleophobic coating on it. There is also support for the Apple Pencil but not the latest one released with the iPad Pro last year.

There is a wireless model as well as a wireless and cellular model supporting eSIM. Unlike the iPad Pro, it has a lightning connector and a 3.5mm audio jack port. Fiurthermore, it brings back Touch ID alongside the thick bezels that comes with this setup and omits the Face ID feature. The battery is said to last 10 hours in playback time which enough for the average user. To wrap it up, you are equipped with an 8MP camera at the rear and a 7MP selfie shooter up front.

To the lesser part of the duo released, the iPad Mini comes with a smaller screen the same size as the ‘Mini’ version it succeeded. Also, the device has support for the Apple Pencil and like the iPad Air it doesn’t work with the latest one with magnetic charging. Speaking of charging, the iPad has a lightning connector and an audio jack. In the same fashion as the iPad Air, the tablet as a wireless only variant and another that support eSIM in addition to being wireless.

You can choose between either 64GB or 256GB storage options both with a 2GB RAM . Inside, you will find a 5, 124mAh battery which has enough juice to power the 7.9-inch display which is infused with 1536 x 2048 pixels. You will also find the A12 bionic processor powering the likes of the iPhone XS Max and iPad Air on it bringing just enough power for whatever you wnat to do. Adding to the similarities between the two iPads that was released, it has the same set of 8MP main camera and 7MP front cam.