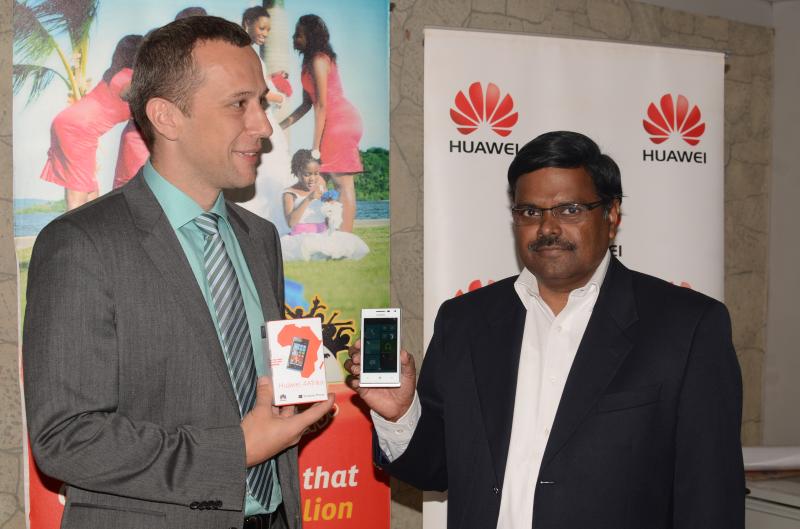 Speaking at the launch, the Managing Director Airtel Uganda, Mr. V.G. Somasekhar stated that the partnership with Huawei is intended to break the status quo with Android powered devices. He further went on to say “With the marriage between Airtel and Warid, we now have the largest, reliable and most affordable 3G and 2G Network in Uganda.” With this kind of coverage, coupled with a great browsing experience, battery life and  speeds of up to 21Mbps at an affordable price, this phone could have great penetration in all regions in Uganda.

According to the Managing Director of Huawei Mr Radoslaw Kedzia, this phone was manufactured and customized for Africa. For instance, it comes with Swahili as one of language options which is step closer to customization to other languages in Uganda and the region.

Huawei Technologies Co. Ltd. is a Chinese multinational networking and telecommunications equipment and services company with headquarters in China. It has been in operation in Uganda for about 11 years and is slowly but surely evolving into a telecommunications giant in Africa especially. Huawei manufactures a large percentage of most Internet modems provided by Airtel. Huawei, being unveiled today, provides excellent value for African consumers and will support both companies’ ambitious growth plans for the continent.

The Ascend W1 has a sleek look and comes in a variety of colours to choose from which include; black, white, red and blue.

It is powered by the high-end Qualcomm Snapdragon S4 MSM8230 dual-core 1.2 GHz processor and Adreno 305 CPU with RAM of 512Mb. This phone also has a 5 Mega Pixel back camera and a 0.3 Megapixel front camera.

At the launch, we were assured that the  W1 comes with a battery that lasts at least 3 days for light users and about 1 day and a half for heavy users. With vast areas in Africa not having  adequate power supply, this a very great battery life. No wonder is is dubbed “a phone for Africa.”

The  Ascend W1 also comes with all the latest Microsoft Office applications like MS word, Powerpoint and excel pre-installed making it a very ideal phone for students and businessmen that may need to read or write documents on the go.

This seems to be a great phone as per the specifications in comparison to other phones in its league.