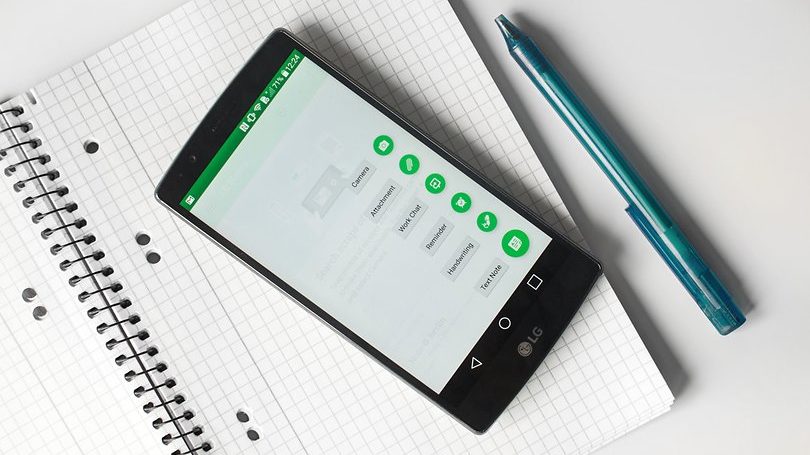 Personally, one of the apps I use the most every day on my smartphone is my Notepad or Note-taking app. From scribbling down topic ideas to noting down groceries I need to pick up from the mall, creating checklists and to-do lists, saving key points I picked up from a book and a whole lot more use cases, note-taking apps are one of the best things to ever happen to a smartphone.

That said, there are a whole lot of such apps on the respective app store of your smartphone and it might sometime become difficult choosing one to download on your device. This article lists out some of the best note-taking apps that Android users can download on the Google Play Store. These apps have some of the best features you’ll ever need in a notepad. In no particular order;

Google Keep is one of the most functional note-taking apps for Android smartphones out there. Designed and developed by Google, the app is available for free and is loaded with the basic and advanced features you’d expect to find in a note pad app. Asides from typing in your notes as texts, you can also write down stuff in handwriting format, add images to notes, draw on images, or organize your thoughts as a checklist. With Google Keep, you can also record and save voice notes as well as set a reminder to a note.

Google Keep also has a super clean dashboard with notes neatly arranged in cards that you can easily move around and customize for easy identification. You can also sync your Notes with your Google Drive account so you can access them wherever you are, on any device.

This is one of the simplest and lightest notepad application on the Google PlayStore. It is sized at less than 1MB and it is highly recommended for users with a low-end Android smartphone or low storage space on their device. ColorNote comes with all the basic features of a notepad app: create notes, widgets, easy to use, organize notes, customize notes, password-protect note, etc.

Evernote is another popular note-taking app for Android. Like Google Keep, it comes pre-loaded with advanced features like presentation, collaboration, AI-powered suggestions, cloud storage, email saving, scanning and digitization, reminders, to-do lists, fingerprint security, etc. However, to ensure many of the advanced features of Evernote, you’d have to subscribe to paid premium plans. Evernote is more suited for the business-oriented folks and is totally worth the investment.

Premium plans come with increased storage space and more features you wouldn’t get on the free version.

If you need a Notepad app that allows you easily take notes, organize them, and keep track of events you probably might forget, then you should try OneNote by Microsoft. The app has a super clean and intuitive interface that even a toddler would easily understand how to use.

With hundreds of thousands of downloads, a 4.7 rating, and thousands of positive reviews on the app store, D Notes is another popular note-taking app worthy of mention. D Notes has a similar grid-style dashboard as Google Keep and also supports note creation in text, voice and images formats. Users can also add photos, videos, and other file attachments to notes.

D Notes has an eye-catching interface and a tonne of features. with D Notes, you can protect your notes with either a PIN or fingerprint, efficiently organize your notes into categories, use multiple fonts, set reminders, backup and restore notes to Google Drive, export notes, PIN notes to your smartphone’s notification bar and more.

Because we tend to easily forget things due to how busy and jampacked our schedule gets, it is important to quickly pen down thoughts, ideas, events, email drafts, and messages as soon as they come to our head. The above-listed note-taking apps allow you do that. In terms of features, they have, they are some of the best you can get on the Google Play Store. Other note-taking apps also worthy of mention include ClevNote, Thoughts, Simple Notes, Omni Notes, Standard Notes, and Monospace.

What note-taking app(s) do you have installed on your smartphone? Which one’s your favorite?