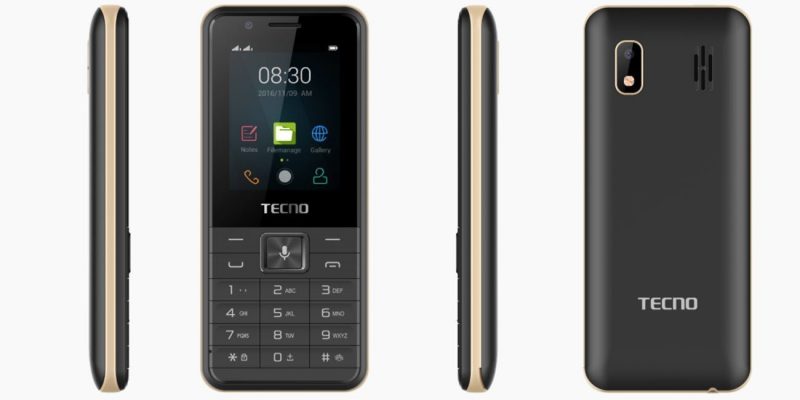 KaiOS has been dubbed the Android of feature-phones and is steadily gaining a strong foothold of the semi-smartphone market. These are devices that are not as dumb as your traditional dumb-phones but still not as smart as your smartphones. And these devices really do stand a shot in this industry. It is rather easy to forget that there are many people that can’t afford, or don’t want smartphones for whatever reason.

TECNO has become a household name in Africa. These guys are known for offering exactly what the market wants and all at a price that doesn’t necessarily break the bank. Many have even attributed the rise of the smartphone era in Africa to Tecno and its sister company Infinix.

Today, the company is releasing its first KaiOS powered device, the Tecno T901.

“With the arrival of T901 powered by KaiOS, users gain access to apps such as WhatsApp, YouTube, Google Maps, and others on an affordable TECNO smart feature phone for the first time. The phone also supports GPS, Wi-Fi, and 3G, with significant network speed growth and better anti-signal interference performance as well as faster signal reception in call mode than those in 2G. T901 also comes equipped with the Google Assistant, allowing users to operate the device with their voice. With all these features, TECNO is practicing our commitment to allowing the consumers to reach beyond their current limitations and uncover a world of possibilities.” says Stephen Ha, Managing Director of TECNO Mobile.

For a feature phone, the T901 sounds like a good deal and it is. We do not have its exact price but it should not be expensive or that will make it irrelevant. The phone comes with a 2.4-inch display with a resolution of 240×320 pixels. It has 512MB of internal storage space that can be expanded further using a MicroSD card.

For the battery, the phone comes with a 1900 mAh unit that should be good enough given that it is a feature phone. The phone is available in gold, blue and black.