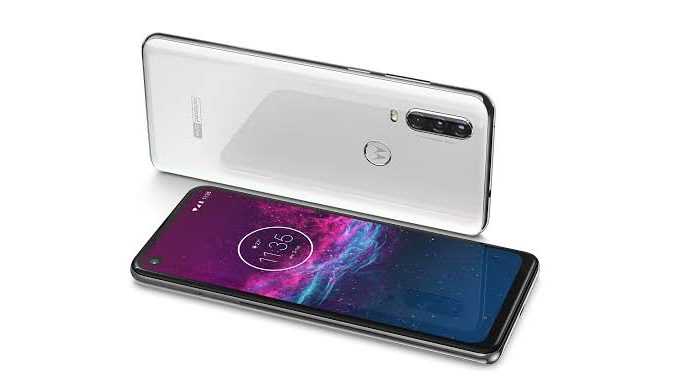 Intended for capturing moments of fun and adventures, the Motorola One Action is a mid-range smartphone with some few camera tricks up its sleeves. However, this doesn’t make the smartphone nearly the best camera smartphone around, not even in the mid-range category where it belongs. Although, some of the features here might help you get a decent shot of your friends dancing, stunting, swimming, diving and so forth.

As mentioned earlier, the smartphone is centered around camera action and that is exactly what happens. The Moto One Action doesn’t have that aesthetic finesse some of the mid-range smartphones has as it is made of plastic on both the rear cover and the frame. Also, there is a very obvious punch hole camera at the left corner of the display as well as fairly thick bezels surrounding the display.

You also have a rather uncommonly tall display with a 6.3-inch size which makes it rather an ideal option for watching movies. The smartphone is a bit on the thick side with its 9.2mm thickness which can be accredited to the plastic material used. Moreso, the smartphone comes with IPX2 certification which means it is protected against dripping water when tilted at 15 degrees.

To the center of focus here, the smartphone sports a trio of cameras that includes a 16MP ultra-wide camera, 1MP main camera, and a 5MP depth sensor. The ultra-wide camera has a 117 degrees field of view and you can shoot landscape videos while holding the smartphone in portrait. The front punch hole camera has a 12MP sensor with an f/2.0 aperture and can record 4k videos at 30fps.

On the inside, the smartphone has Samsung’s Exynos 9609 processor taking care of the daily tasks on the smartphone and a Mali G72 MP3 GPU to handle the graphics part. You also have 4GB of memory to joggle ap together and 128GB of space for storing your files. As for power, the smartphone has a 3, 500mAh battery with a 10W charger included for getting your bar back up.