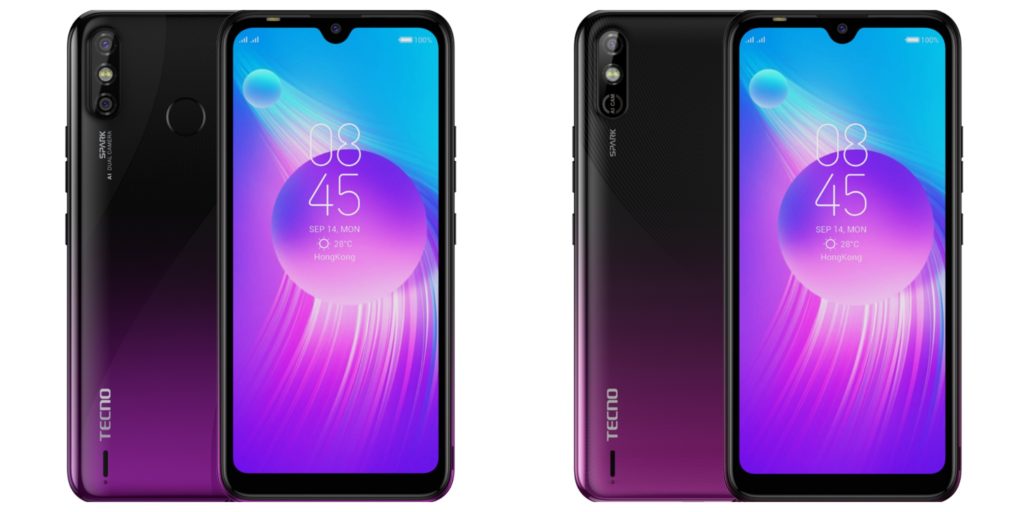 The two smartphones are very much alike but the Tecno Spark 4 Air has a fingerprint scanner which is the only obvious difference here. You’ve got a gradient design on the smartphones available in Nebula Black and Royal Purple finishes. There is what Tecno calls a dot notch on the 6.1-inch display and it comes with a 1560 x 720 pixel which is good enough for a budget smartphone.

On the hardware end, the two smartphones are running on the same quad-core MediaTek Helio A22 SoC but the Spark 4 Air comes with a 2GB RAM while the Spark Go has a 1GB/2GB RAM option. Moreso, the former is shipped with a 32GB storage space built-in and the latter with 16GB of internal storage. Finally, the duo is powered by the same 3, 000mAh which is like the average capacity on budget smartphones.