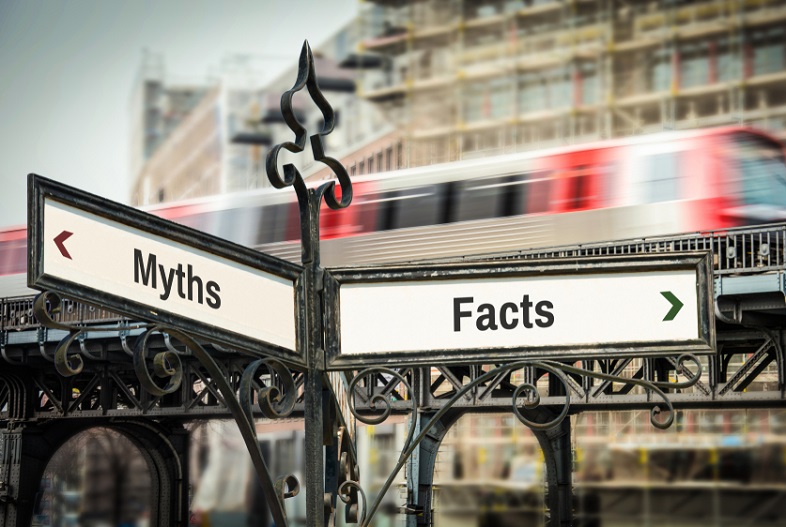 A myth is a widely held but false belief or idea. This does not apply to traditional lifestyle but to technology as well. Here, we shall talk about tech myths that are in reality not true.

Apps from the Play Store and App store are 100% safe

To ensure your security, smartphones don’t allow you to install apps outside your app store. But that does not mean that apps you install from the app store or play store are 100% safe.

There were many instances when these app stores removed apps from their platform because they were not secure. So, you should never install apps from unknown developers.

This is one of the most widely held tech myths. Many people judge cameras on the number of megapixels they have, but that doesn’t tell the whole story. The only benefit of having more megapixels is that it gives you the ability to crop, zoom and print big posters.

Surfing in incognito mode is private

The “incognito mode” feature of your browser isn’t as private as it suggests. The setting tells your browser not to do its usual job of saving information about which pages you’ve visited or about what you’ve typed into forms.

It does not, however, keep you anonymous. Websites, ad trackers, and your ISP can still record your visits, and files you download will still remain on your computer or mobile device.

If you want to stay anonymous online, you’ll need to use a proxy server, such as Tor, so you appear to be somewhere and someone else as you surf, or a VPN, which can secure and encrypt your information. Also, get in the habit of clearing your browser’s cookies cache and history frequently.

If your phone or computer has five bars, it is assumed you’ll get the best wireless service performance.

Those bars indicate your signal strength to the nearest cellular tower, but if many other people are also connected to that tower, you can still experience dropped calls and poor speed due to the congestion caused by the networks’ limited capacities. Also, speed varies by the network provider.

When you empty the Recycle Bin (Windows) or Trash (Mac), the data is not erased. Only the links to the complete files are.

A computer told to delete a file won’t actually remove it but will instead deallocate the space it takes up on the hard drive, opening that space up to be written again. That means bits of information still remain, and any snooping hacker could piece them together to rebuild what you thought was gone forever.

To permanently delete files, you have to instruct your computer to go a step beyond emptying the Trash or Recycle Bin.

On a Mac, choose “secure empty Trash”; on a PC, you have to work in the command-line interface of Sdelete, a free program that allows you to totally wipe either all free space or only specific files.

There is an advantage though if you accidentally delete something and must get it back, in theory, you can.

Mac computers are immune to viruses

You will usually find at least one Apple loyalist claiming Macs are immune to viruses. This is just one of the many tech myths.

The first and foremost defense against malware is safe browsing habits. Still, unobtrusive software such as the free Sophos Anti-Virus for Mac Home Edition can give you peace of mind by protecting your not-so-invincible system.

Hitting that refresh button does not refresh your whole computer. It only refreshes the screen you are on and it only looks if something is added or removed from that particular screen. For example, if you copied something on your desktop and it’s not showing you that file, refreshing the desktop will make it appear there.

If you think that social services like Facebook, Google, WhatsApp, etc. are completely free to use, you were living your whole life with a lie.

These services may appear free to use at first but they use your data and tracks your activity to show you ads which generate revenue for them.

Removing USB devices without safe removal will corrupt them

Plugging a USB device in your computer enables the ‘safe remove’ option, but doesn’t matter if you use this option or not as long as you are not transferring data while unplugging it. If your USB device is idle, you can remove it directly without any worries.

You are not worth targeting for cybercrime

You might have heard someone say it to you, or you might have believed it yourself that you are too insignificant for hackers to be interested in your data. This is just another of the tech myths that are completely untrue.

Everyone and everything is a target because the tools that hackers, cybercriminals, and state-backed actors use are largely automated, and look for targets 24/7/365.

Even if the targets are not useful or interesting, they will break in and steal data anyway, and will usually leave behind a back door of some kind, to use for attacks against other networks. Therefore take your security seriously.

Above are some common myths about technology which people still believe. Now you know that they are just myths, go out and live a life in reality and outside myths.