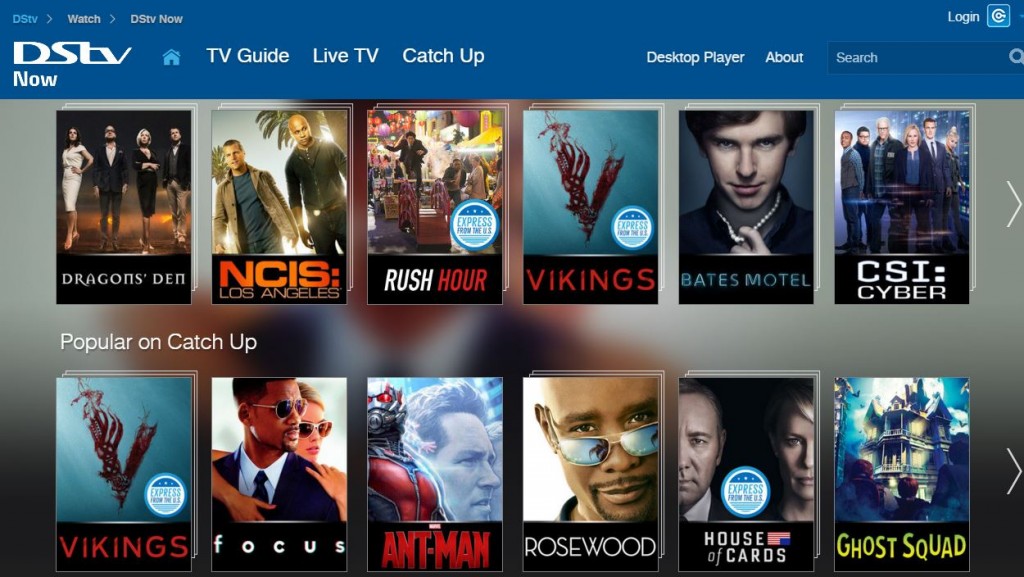 If everything goes according to plan, DStv will have a standalone video streaming service come March 2020. Up until this point, DStv Now subscriptions have been tethered to a current DStv account which is linked to a decoder.

The push for a decoder-less subscription model similar to what Netflix offers comes after DStv realised a 48% year-over-year increase in the number of monthly active users on its Showmax and DStv Now platforms across Africa.

The idea of a standalone video streaming service isn’t a new one. MultiChoice has been mulling over it since 2017 or even earlier, in the face of stiff competition from Netflix.

“I think the stuff that we’ve done on DStv Now in the past 12 months is actually bringing us much closer to saying that ‘Yeah, this is a service where I can stand behind’, and say that this is going to be delivering a seamless user journey for our consumers,” Niclas Ekdahl, MultiChoice Connected Video CEO

A standalone DStv Now streaming service offers cost-cutting opportunities for MultiChoice. First and foremost, it cuts out decoder/satellite dish manufacturing and installation costs altogether. As such, it shores up the company’s bottom line at the end of the day.

More to that, it appears MultiChoice subsidizes the decoders you buy in order to acquire new subscribers. A decoder-less streaming service will cost less for the company to scale operations and in new subscribers in the short and the long term.

Talking heads agree that the eventual price for a standalone DStv Now streaming service will cost roughly the same as Showmax if not less. In addition, expect competitive pricing when compared to a Netflix subscription. Which makes perfect sense.

Also, DStv might adopt a pay-per-view add-on model for Sports channels. But whatever the outcome, the standalone DStv Now is bound to be more affordable than the decoder-based satellite packages.

All in all, MultiChoice has had time to reflect on a feasible business model, so we expect a homegrown streaming service to rival the best of them.

However much we might sugarcoat these references to Netflix, the truth of the matter is that MultiChoice is fighting tooth and nail to stay afloat at the onslaught. MultiChoice has levelled charges against Netflix for unfair advantage. Calls for Netflix to be regulated have largely fallen on deaf ears.

As a comparison, DStv Premium costs $64.9 (R959) per month, including installation. On the other hand, Netflix’s UHD Tier costs $11.99 R160) per month. Go figure. It’s no wonder that MultiChoice has been haemorrhaging subscribers. It’s estimated that over 500,000 subscribers left the fold or downgraded their accounts in the last 4 years.

Hopefully, this DSTV Now standalone video streaming service will turn things around. As a homegrown African company, there is more at stake for MultiChoice and Africans alike.