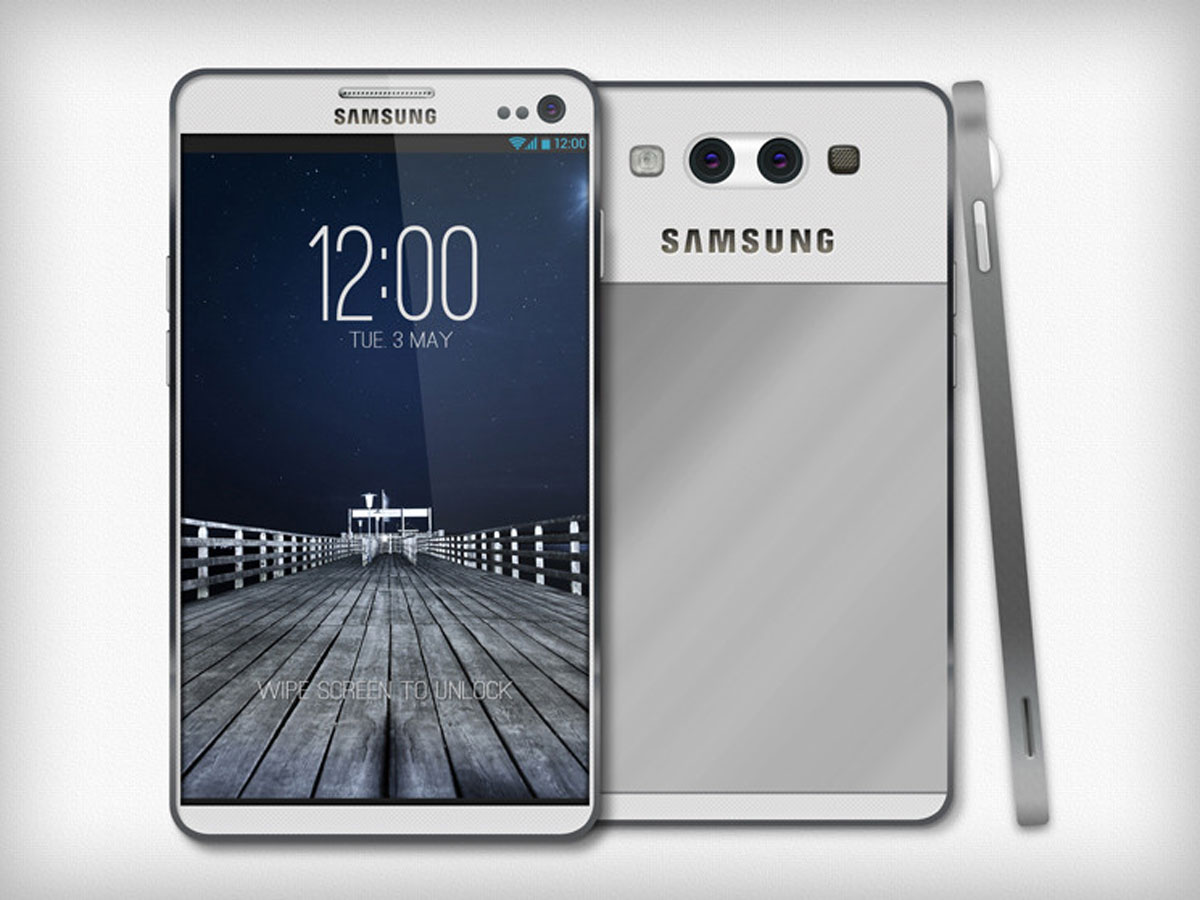 With Apple having released the iPhone 5s and 5c, the stakes are now higher and Samsung cannot release anything less appealing than the iPhone 5s. Rumors claim that the Samsung S5 — Samsung’s next flagship device — release date has been pulled closer from April to  between January and February of 2014 just before the Mobile World Congress. There has been a lot in the rumor mill about what to expect in the South Korean Giants’ soon coming flagship but here are 7 things we expect the Samsung Galaxy S5 to have.

Samsung Galaxy S5 is rumored to pack the powerful Exynos 6 CPU with 14nm architecture and 64-bit support. The Samsung co-Chief Executive confirmed this when he was quoted saying  “The s5 will be as powerful as the iPhone 5”

This is particularly important as Samsung fans expect nothing less after Apple launched the same. With the Galaxy Note 3 featuring 2.3Ghz Quad Core processor and 3GB of RAM, we expect that the S5 will have the same. According to IBTimes, Samsung Galaxy S5 will also feature an “ARM’s big.LITTLE octa-core configuration with Cortex-A53/A57 cores.

“ The latter can operate simultaneously using half as much power as the currently available Exynos 5420.”

We expect nothing less than KitKat the latest iteration of Google’s Android Mobile platform to spice up Samsung’s latest flagship. Rumors indicate that KitKat is packing awesome features that will also be available for Android phones running 512MB of RAM. This backward compatibility seeks to streamline the platform and make things a little easy for developers who don’t have to develop for multiple versions of the OS. We are however not sure that Samsung will release the update for its lower end handsets

It will not be such a Shock if Samsung used the S5 to launch its own operating system — Tizen. We believe that Samsung has been forging a future decoupled from Android for some time now and the launch of its own OS is something we expect even though we don’t know when

For far too long Samsung stuck to its Plastic Poly-carbonate body that isn’t doing so well against the HTC and the iPhone which have both Aluminium and Glass. It seems clear at this point that Samsung will not be going for plastic anymore. To spice it up even better, rumors indicate that the s5 may have a Waterproof and dust resistant exterior

Flexible and Round Screen Display

Reports claimed that Samsung is already working on flexible screen displays that will be included in the next generation of Samsung devices. Meanwhile Samsung launched the Galaxy Round which features an OLED curved display. The benefits of a curved display aren’t known yet but these are some of them

Just like its rival iPhone 5S, The Expected Samsung Galaxy S5 should include a fingerprint sensor for added security to its handset. We also believe that Fingerprint Technology in Apple’s hands, even though not new, may become quickly popular making headway in mobile security. Samsung has however made a statement that their phones will not be featuring fingerprint technology just yet.  We earlier anticipated a Samsung Kill Switch but this has changed the trends. However this pans out, we are yet to find out but sooner than later we believe that it might wipe out the good old password.

Even though people are believing less and less in pixels and more in actual performance, Samsung may claim superiority by packing 16Mp into its latest flagship Camera. The Camera is a unique selling point for smartphones turning many photography hobbyists into wannabe photographers. So we expect nothing less than an awesome Camera in the Samsung Galaxy S5

With all the added features such as a more powerful processor and bigger displays, Samsung is bound to  include a battery with higher capacity and also inbuilt wireless charging capabilities and even a battery bank with its flagship. Battery has always been an issue and smartphone users will pay for whoever proves to have a better battery.

We can only speculate at this point in time what the biggest smartphone vendor may or may not include in its next flagship device. However, drawing from a historical perspective, it’s clear that Samsung seems to have a big telescope pointed towards Cupertino — a move that has both worked for and against it.

Did we miss out anything? Let us know in the comments.