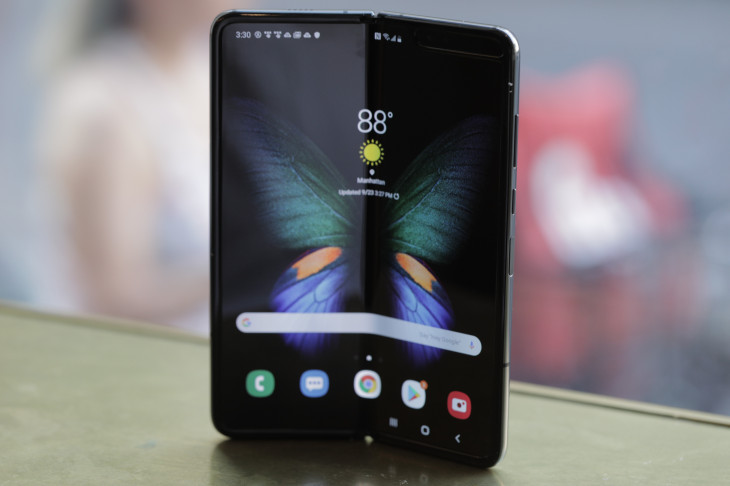 Evidently, two are better than one; at least in the smartphone land. After dual cameras becoming common with smartphones, we are now starting to see phones with two displays gaining headway but this is not to say that dual-screen phones are anything new.

There have been phones in the past, including Yota phones and Smart Flip phones, that are well known for using that extra display panel. Nevertheless, With the advancement in display technology, we anticipate that more manufacturers will be comfortable using an extra display on a phone moving forward.

For now, have a look at some of the best smartphones with dual displays that you can buy.

Even though there were early setbacks, Samsung, a few months back, finally launched its foldable smartphone with dual-display. The Samsung Galaxy Fold comes with two separate displays; a small 4.6-inch Super AMOLED HD screen (1,680 × 720) with thick bezels, and a full-screen 7.3-inch AMOLED screen with a QXGA+ resolution (2,152 × 1,536).

Read: Best Samsung smartphones to buy in Nigeria in 2019

The ZTE Axon M dual-display smartphone was released in 2017. It comes with a dual-screen; each one, a 5.2-inch screen. Together, they give you a total of 6.8 inches of usable screen space.

The smartphone has four different modes, one that allows you to use both screens at the same time. for example, to play games and watch videos across the two-screen spread. Also, you can open two apps at the same time, which is an awesome feature for multitasking.

Vivo NEX was released in 2019. Its progenitor company, BBK Electronics owns OnePlus among others, including Oppo which is a brand that has been making huge waves across the globe. The company’s series looks to be a force to be enumerated with too.

The Vivo NEX rear panel is 5.49-inches and Full HD in resolution, making it the most sophisticated option in the market.

Nubia X, a smartphone from ZTE, is another awesome dual-display smartphone. The front display features a near bezel-less 6.26-inch LCD display and an additional 5.1-inch OLED display on the back of the device. Just like ZTE’s Axon M foldable smartphone we earlier talked about, Nubia X users can take photos, videos or selfies with the same rear dual-camera – a 24-MP camera with an f/1.7 aperture for low light condition and a 16 MP camera with f/1.8 aperture.

The rear display includes a five-layer, blue-light-blocking glass, which is really convenient for e-reading and can be automatically switched on/off when you flip the device. The Nubia X is powered by Qualcomm’s Snapdragon 845 chipset, the San Diego’s chipmaker’s current top of the line mobile chip, an old Android 8.1 (Oreo) and a 3,800mAh battery.

The Meizu Pro 7 Plus is another awesome dual-display smartphone. It comes with a 5.7-inch Quad HD Super AMOLED main display screen, and a smaller secondary 1.9-inch AMOLED 240 X 536 pixels display screen. For the camera, it has a dual 12MP + 12MP rear camera and a 16MP selfie camera with LED flash.

There has been an advancement in technology which has led to the introduction of a dual-display smartphone and the idea of two screens with distinct purposes remains too. It has been used as a way to help capture better selfie images, make videos and even multitask. The dual-screen idea perhaps makes the best sense of all.