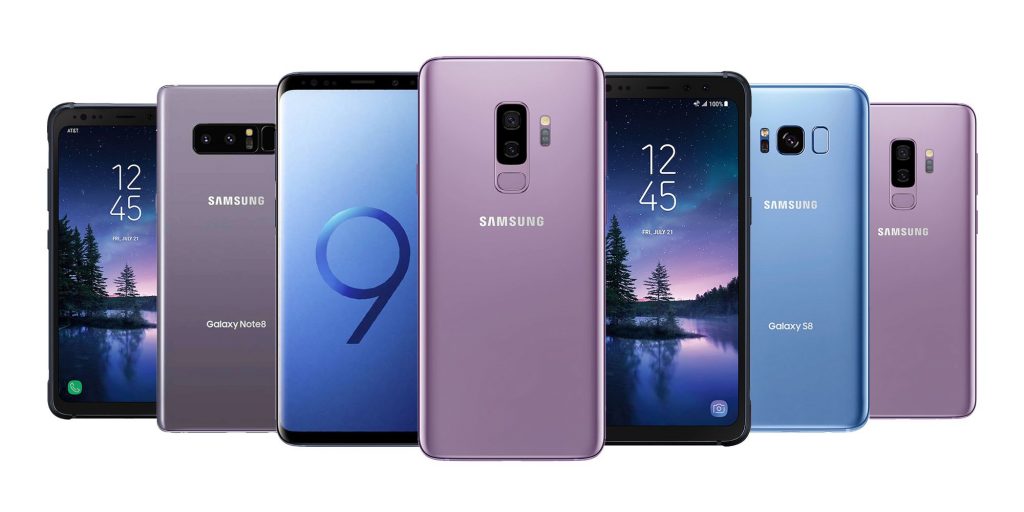 It’s almost impossible to talk about the Nigeria smartphone ecosystem without mentioning Samsung. Although the South Korean tech giant is the third biggest mobile vendor in Nigeria in terms of market share (11.29% as of May 2019, according to StatCounter Global Stats), it produces some of the best smartphones in the world and in Nigeria. Samsung can also be safely said to be one of the pioneering smartphone brands in the Nigeria market.

That said, if you have a thing for Samsung devices (or not) or you’re just curious about what the best Samsung smartphone in Nigeria are, or perhaps you are in the market for a Samsung-branded device, then you’re in the right place. Check out the list below.

With a full-on ceramic body and Gorilla Glass 6 covering both in the front and rear, the Galaxy S10 Plus is the latest flagship product of the South Korean company and definitely one of the best Samsung smartphones you can buy right now in 2019. The bezel-less edge-to-edge 6.4-inch Dynamic AMOLED display with punch-hole technology is also another feature of the device to like.

Other standout features of the Samsung Galaxy S10 Plus include Wireless Powershare (i.e. reverse wireless charging), WiFi 6 (the first smartphone launch with WiFi 6), a total of five cameras (check out what each camera does HERE), Android Pie OS, Snapdragon 855 chipset, an under-display fingerprint sensor, and 4,100mAh battery.

While the Galaxy Note 10 is still in the works, the Samsung Galaxy Note 9 remains the ultimate “Note” smartphone in the world. The device has the same display size and type as the Galaxy S10 Plus — 6.4-inch AMOLED — and a beautiful, glossy body covered by the 5th version of Corning’s Gorilla Glass.

With a whopping 8GB RAM, 512GB of built-in storage, an Octa-core Snapdragon 845 chipset, and support for Android Pie OS, the Galaxy Note9 can (and will) handle whatever you throw at it (not literally, though). The device also comes with a redefined S-Pen stylus and some other high-end features that perfectly qualifies it to be on this list.

If you aren’t financially buoyant or capable enough to purchase the Galaxy S10 or S10 Plus, the Galaxy S10e, a miniature version of the S10 family is also a good buy in 2019. The device basically comes with the same feature as the S10 and S10 Plus with the few difference being a smaller (5.8-inch) display, dual rear-camera setup (the S10 & S10 Plus have three), physical side-mounted fingerprint sensor, and smaller (3,100mAh) battery.

This list of best Samsung smartphones to buy in Nigeria in 2019 would be incomplete without this device. The Galaxy A9 (2018) is one helluva special device both in Nigeria and on the global scene. Being the first device in the world to launch with a quad-camera setup on the rear, the Galaxy A9 (2018) is also one of the best devices in Samsung’s A-series of smartphones.

The quad rear-cameras of the device are configured as follows: a primary 24MP lens, 10MP secondary telephoto lens with 2x optical zoom, 8MP ultra-wide lens, and a 5MP depth sensor. Up on the front is a 24-megapixel lens for selfies and video call purposes.

The Samsung Galaxy A9 (2018) is available in three color variants (Caviar Black, Lemonade Blue, Bubblegum Pink) and comes with other top-level features like 128GB of built-in storage (up to 1TB via SD card), up to 8GB of RAM, Android 9 Pie support, 6.3-inch Super AMOLED display and non-removable 3,800mAh battery. The Galaxy A9 (2018) is one of the best Samsung smartphone in the upper midrange category worth checking out in 2019.

If you’re looking to purchase a midrange Samsung smartphone with fluid processor, latest Android OS, spectacular selfie camera, triple rear-camera setup, and long-lasting battery, then the Galaxy A50 is a worthy purchase trust me.

The device rear camera setup consists of a primary 24MP sensor, a secondary 5MP depth sensor and lastly, an 8MP ultra-wide sensor with f/2.4 aperture and 12-degree field of view. The 24MP front-facing camera supports HDR and comes with other features like Live Focus, AR emojis and Pro Lighting Mode to improve your mobile photography experience.

Although the Galaxy S10 and S10 Plus are better than this device spec-wise, the Galaxy S9 still remains one of the best flagship devices from the S-series and is definitely worth buying in 2019. The specs of the device are still very much flagship-level.

With a 5.8-inch Super AMOLED display with Corning Gorilla Glass 5 protection, Octa-core Snapdragon 845 chipset, Adreno 630 graphics unit, 4GB RAM, 128GB storage, 12MP rear camera, 8MP camera, and 3,000mAh battery, the Galaxy S9 is worth every penny it sells for. In fact, it’s worth more as Samsung is pushing some features of the Galaxy S10 series to the Galaxy S9.

The Galaxy A30 is the latest entrant into Samsung’s A-series of smartphones. The device comes with a wide 6.4-inch Super AMOLED display with a 1080 X 2340 pixels resolution and Corning Gorilla Glass 3 protection. The Galaxy A30 is available in two storage variants (3GB/32GB and 4GB/64GB) both of which have a dual camera setup on the rear: a primary 16MP f/1.7 sensor and a secondary 5Mp f/2.2 ultra-wide.

Likewise, both variants sport a 16MP sensor on the front. On the inside, the Galaxy A30 comes out-of-the-box running the Android 9 Pie operating system, powered by Samsung’s native Exynos 7904 chipset and a non-removable 4,000mAh battery.

All of the above-mentioned devices can be purchased on Jumia Nigeria or any other (online and offline) outlet that sells Samsung smartphones.