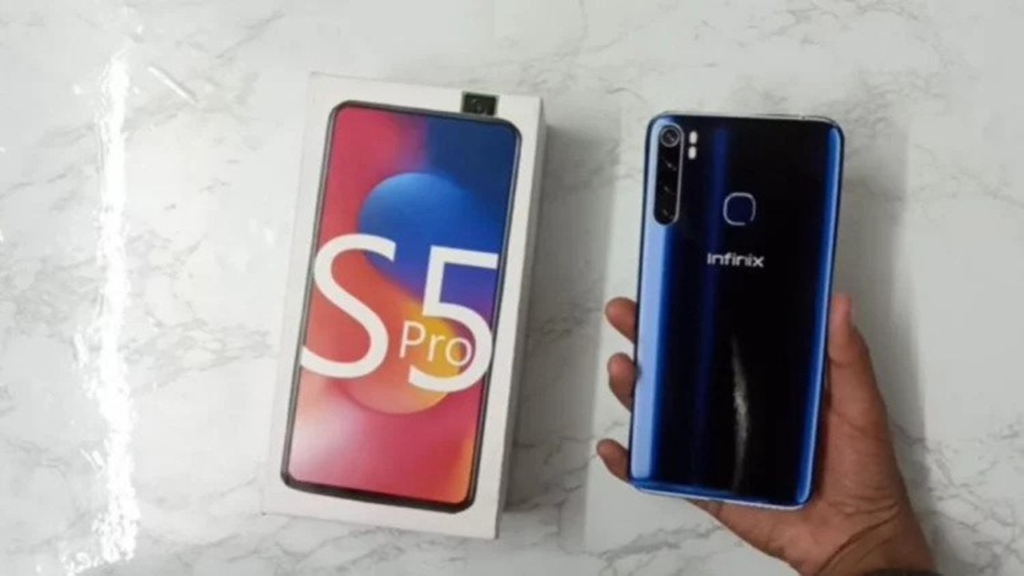 Here comes the Infinix S5 Pro which is also an upgrade on the Infinix S5, in some areas, and a downgrade in others. Overall, the S5 Pro is a great, sleek smartphone that everyone would want to have.

At 195g, this device is much heavier than its predecessor — despite being downgraded in some parts like the display and camera. The device has a 6.53-inch display, as opposed to the 6.6-inch display that came with the S5.

The new Infinix S5 Pro is designed with a high-resolution full-screen that offers a 403 PPI super clear display. Now you have a bigger display that allows you to fully immerse yourself into the movies you watch and the games you play. No distractions.

On the rear, a fingerprint sensor is strategically placed on the upper part where it can be easily reached with your index finger. And just beside the fingerprint sensor are 3 cameras. Though the Infinix S5 had 4 cameras, the vertical arrangement of the cameras is similar. Also, the camera flash is placed just between the first and second cameras.

The “Infinix” and “S” branding is also placed at the back of the device and helps indicates it as one in a long line of Infinix S Series. It comes in four (4) color variants: Nebula Black, Quetzal Cyan, and Violet.

The Graphics Processing Unit is a PowerVR GE8320.

The Infinix S5 Pro has 3 cameras on its rear. This is a reduction from 4 camera as found on the S5. The 3 cameras on the S5 Pro rear are configured as follows: a 48MP primary camera with an aperture of f/1.8, a 2MP depth camera and a QVGA low light sensor.

On the front, there’s a motorized pop-up 16 MP camera with an aperture of f/2.0. The front camera can shoot photos in HDR and also shoot 1080p videos at 30fps. This is the same with the rear camera which comes with a dual-LED flash.

Powering this device is a Non-removable Li-Po 4000 mAh battery, same as the Infinix S5. This should be capable of 50 hours talktime and 32 Days of standby.

Tell us what you think about the Infinix S5 Pro device. Would you be disposing of your S5 for this? Do you also think the upgrade is worth the price? Let us know in the comments section.