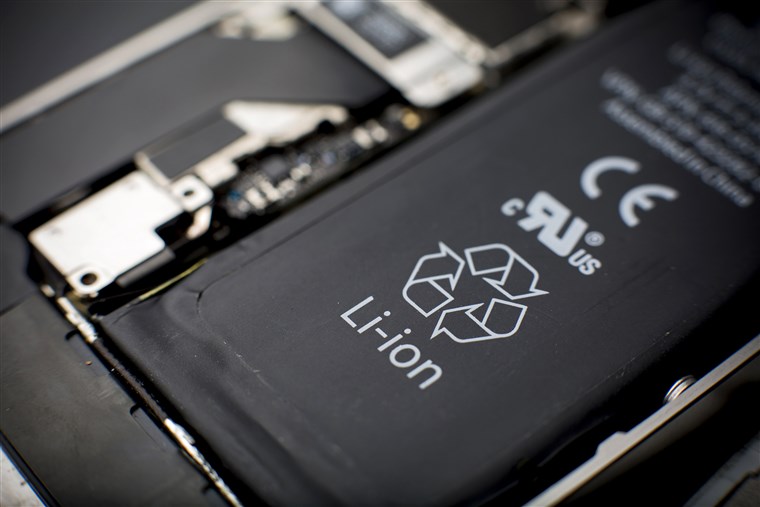 When you compare them with other battery technologies, the lithium-ion batteries charge faster, last longer, and have a higher power density for more battery life in a lighter package.

Though not the lightest, lithium-ion batteries are generally much lighter than most types of batteries of the same capability. And OEM’S prefer them because they make smartphones very light.

The electrodes of a Li-Ion battery are made of lightweight lithium and carbon which makes the batteries very light. Lithium is a highly reactive element, which makes it possible to store a lot of energy in its atomic bonds.

The Lithium-ion battery makes charging a device easier. This means you can charge your smartphone with lithium-ion batteries whenever you want. There’s no need to wait for it to discharge from 100% before recharging, your device could remain plugged to electricity for a long period without side effects. Li-ion batteries can handle hundreds of charge/discharge cycles and still maintain the same long-lasting quality.

Read more: How to use wireless charging on phones that don’t support it

Lithium-ion is a low maintenance battery. When disposed of, the battery cells cause little or no harm. To prolong battery life, no memory, and no scheduled cycling is required. Also, the self-discharge for lithium-ion batteries is less than half compared to nickel-cadmium, making Li-ion batteries perfect for devices – its discharge rate is just 5% in the first four hours after being charged fully. But the discharge rate falls to around 2% per month

Even though lithium-ion batteries are increasingly popular, they also have their downside. They have a reputation for exploding—they’ve caused fires in laptops, in phones (mostly Samsung), and even in the electrical system of a Boeing 787 Dreamliner jumbo jet. The simple reason a lithium-ion battery might explode is that they contain a lot of energy in a compact package.

A Lithium-ion battery has an energy density of up to around 150-watt hours per kilogram. This is twice the size of any other rechargeable battery type – a fresh alkaline battery or a NiCad battery.

Aging has been another major concern with most Li-ion batteries. These batteries start to deteriorate gradually, after they leave the factory, whether the battery is in use or not. Also, Li-Ion batteries frequently fail between the third and fifth year of production. Another issue this battery type faces is transportation. Many airlines now limit the number of lithium-ion batteries they carry. Even those carried are protected against short circuits.

Read more: Why the Nigerian Aviation Authority Banned the MacBook Pro Retina 15 on All Flights

OEM’s decide what kind of battery a smartphone should come with; the end-users don’t get to choose. But it is important to know why most popular devices come with Lithium-ion batteries. Hope this article was helpful. Drop a comment if you have any questions.