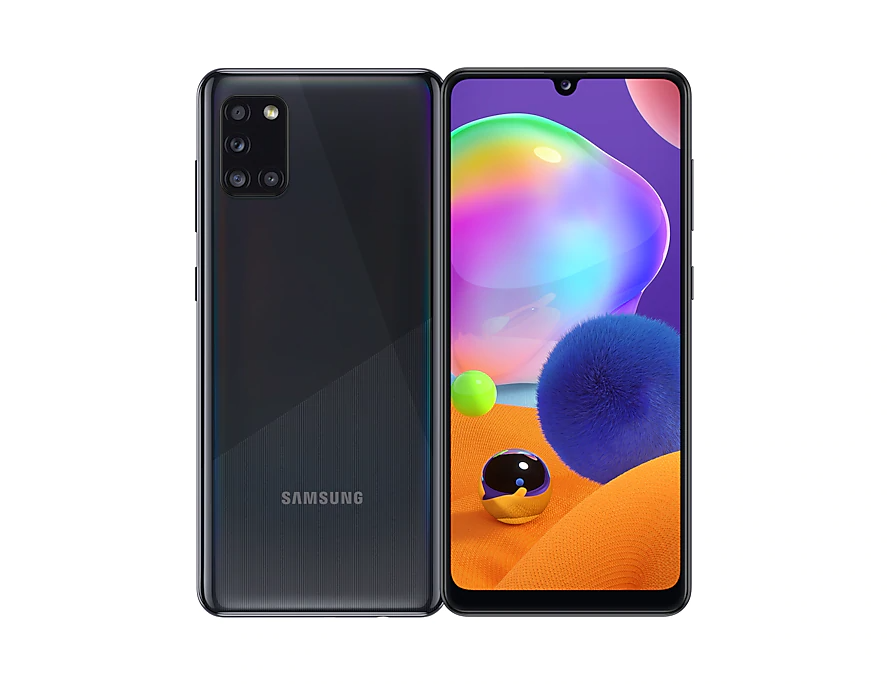 The newly-launched Samsung Galaxy A31 is the direct successor to the Galaxy A30 smartphone. It features an upgrade in various aspects and parts of the series. The Galaxy A31 is a mid-range device by Samsung and has quite great specifications targeted at slightly heavy smartphone users.

Read More: Top Samsung Phone You Can Buy in Nigeria (2020)

Find below the specifications and features of the Samsung Galaxy A31 smartphone.

The Galaxy A31 has a 6.4 inches super AMOLED display, display resolution of 1080 x 2400 pixels, and pixel density of 411 ppi. That’s definitely a large enough display to immerse users in whatever activity they do on the device.

On the rear of the smartphone are four (4) cameras carefully arranged to form an L-Shaped design. As is standard practice, the camera is located at the top-left corner of the back of the smartphone.

Galaxy A31 comes in two variants. One with a 4GB RAM and 64GB internal storage to accompany it. The other possesses a 6GB RAM and 128GB of internal storage. For both variants, the internal memory can be expanded with the use of a micro SD card.

The device runs on the Android 10 operating system and features an Octa-core processor.

On the rear, there are four cameras. These cameras are pegged at a whopping 48MP, 8MP, 5MP, and 5MP respectively. The rear cameras also have a LED flash to take photos even in dark environments.

On the front, there’s a 20MP selfie camera.

The Galaxy A31 smartphone features a fingerprint sensor under display. And also supports 4G connectivity.

With a 5000 mAh battery, just like the Samsung Galaxy M11, this device is most likely targeted at heavy smartphone users. It also comes with a 15W fast charging ability.

Samsung Galaxy A31 Price in Nigeria

Given the specifications, the recommended retail price by the manufacturers seems to be fair and worth it. Maybe not an entry-level price, but definitely affordable.

Remember to tell us what you think about the Galaxy A31 smartphone.