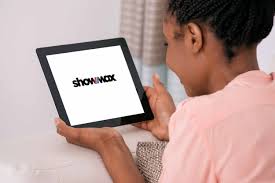 Showmax, a popular video-on-demand service, has a ton of Nollywood movies for the viewing pleasure of Nigerians. Or other interested viewers. The contents are, as expected, classic.

Showmax is headquartered in South Africa. But had localized its platform for Nigerians in 2019. As a result, Nigerians are able to pay for the service in local currency — Nigerian Naira. Also, a lot of tailor-made content was provided for the region.

This post compiles a list of top 10 Nollywood movies you should watch of Showmax in 2020. Read through.

This movie, written and directed by director Shirley Frimpong-Manso, started showing on Showmax by 5th March 2020. It talks about a divorced couple who decided to share equal space in their ex-matrimonial home. But they soon realize how hard that is. It features Oc Ukeje and Joselyn Dumas.

This is a reality TV show that addresses issues using the arbitration system. In the series, presenter Ebuka Obi-Uchendu acts as the people’s counsel. Justice Olushola Williams is the judge. The court deals with minor cases of real people.

Comedian Bright Okpocha (Basketmouth)’s ‘My Flatmates’ is also on Showmax. The comedy show features the producer, John Njamah, Rekiya Yusuf, Emmanuel Ikubese. It shows how four friends who live in the same apartment find their way through life, daily.

Interested Showmax users can follow Big Brother Naija stars, Mercy and Ike’s relationship on the platform. The show ‘Mercy & Ike’ talks about the struggle to commitment to relationship between the celebrities. And how they have been coping with that.

This movie mirrors the typical, obnoxious activities of some tailors. With the lies and deceit. It shows how a young comedian tries to skim his way into fame and wealth with his tailoring skills. But he attempts this through lying and deceit, not wanting to go through the learning process.

Mirroring the popular ‘Lagos life’, the movie is centered around a young man, Dayo. While it shows his gullibility, it also portrays an optimistic young man who moves to Lagos with dreams of making it big. The movie was added to Showmax in 2019.

9. The Mrs. And The Mistress

This movie was directed by Munachi Abii. It also stares Funsho Adeolu and Jackie Appiah. This movie on Showmax tells of the trouble that came up after a wife discovers her husband is having a mistress outside their matrimonial home.

Similar to the storyline above, this movie shows how a man sees his Finance in bed with another man some months to his wedding. Many things change for him.