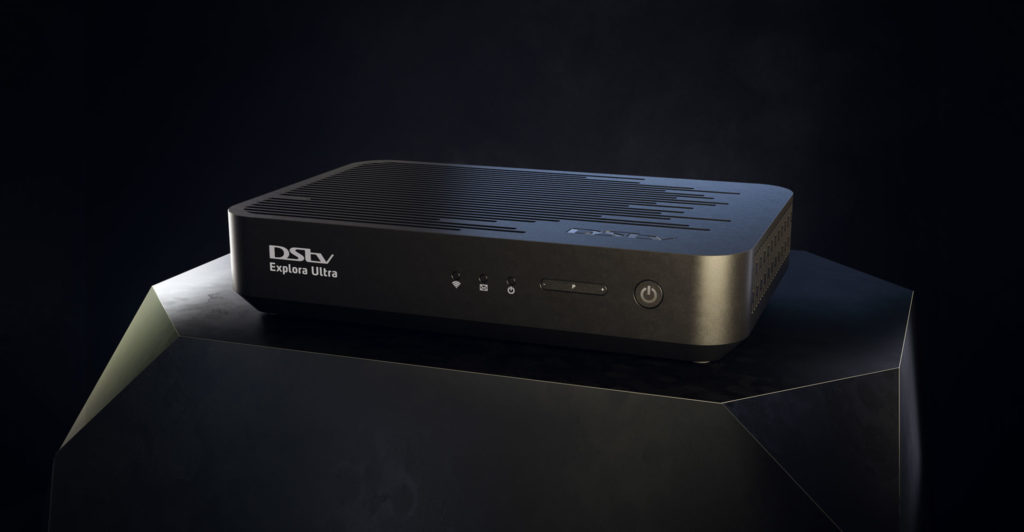 MultiChoice has taken a bold step to counter the growing influence of streaming services which have been hitherto eating into their bottom line. In a bold step, MultiChoice announced the launch of their all-new DStv Explora Ultra decoder alongside the DStv Streama Set-top-box at the 2020 DStv Showcase. More on the latter in a later write-up.

The new decoder builds on the success of previous models with the added bonus to incorporating integration with popular streaming services (e.g. Netflix, Amazon Prime Video, DStv Now, Showmax, e.t.c.). This is similar to what you see on media streaming boxes like Android TV and Apple TV.

It’s interesting to note that MultiChoice has been a leader in satellite/terrestrial Pay-TV in Africa and will now lock horns with established media streaming box device manufacturers the world over.

The Dstv Explora Ultra decoder will offer the best of both worlds so to speak. It will offer high-quality satellite broadcasting which has been their mainstay, as well as integration with popular streaming services as talked about earlier.

Unlike previous Explora decoders, the Explora Ultra decoder comes with built-in Wi-Fi capability (802.11b/g/n/ac), so you don’t need to tinker with the DStv WiFi connector anymore. That failing, Ethernet is still a viable option.

Most of the other features in the previous Explora 3A remain intact. On that premise, the Explora Ultra still offers PVR features such as the ability to pause live TV, record up to 110 hours of content, rent movies on Box Office, DStv Catchup for all that you missed, and more. Note that unlike the Explora 3A and previous decoders, you can now view content in 4K resolution.

Word on the street is that MultiChoice has brokered a deal with Netflix and Amazon Prime Video to integrate their apps in the Dstv Explora Ultra decoder. The details are still sketchy at this juncture and MultiChoice has not elaborated on it.

We can only speculate, but whether this partnership includes integrated billing with DStv or a separate arrangement remains to be seen. We are also hopeful that the new A9 remote control will have dedicated buttons for these third party apps, similar to what you get with Android TV boxes.

What we know is that the DStv Explora Ultra will have a central home screen that will display content from DStv, Showmax, Box Office and the downloadable streaming apps like Netflix.

As of writing this post, MultiChoice is still vague about the retail price and release date of the DStv Explora Ultra. Our educated guess is that this could be in the region of R999 ($68) based on the pricing of previous Explora decoders. The actual price should be announced in due course.