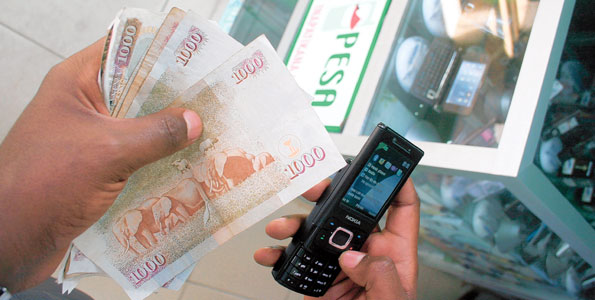 Kenya’s Safaricom is reportedly working on NFC-enabled SIM cards which will see Kenyans use their phones to pay for just anything, from public transport, restaurants, shopping at supermarket tills, drug storers, cinema’s, concerts, fuel service stations and just about everything.

The inventor of M-Pesa, a revolutionary way of transferring funds through mobile phones, has previously through partner mobile Value added service providers such as Kopo Kopo also opened up its platform to enable mobile payment.

However, this time, the operator is disrupting itself before it’s being disrupted by the competition through an innovative way of purchasing goods and services by having subscribers simply swipe their NFC-enabled Simcard [feature] phones at point-of-sales terminals at their favorite stores.

NFC stands for “Near Field Communication” and, as the name implies,  enables short range communication between compatible devices. The technology is quite simple. It’s a short-range, low power wireless link evolved from radio-frequency identification (RFID) tech that can transfer small amounts of data between two devices held a few centimeters from each other. Unlike Bluetooth, no pairing code is needed, and because it’s very low power, no battery in the device being read.

However, Safaricom’s solution won’t require its subscribers to own a high-end smartphone with NFC supported, but rather its ingenious approach only requires a low-cost NFC-enabled Simcard inserted on any feature phone instead!

As of April 2011, several hundred NFC trials have been conducted. Some firms have moved to full-scale service deployments, spanning either a single country or multiple countries. Multi-country deployments include Orange’s rollout of NFC technology to banks, retailers, transport, and service providers in multiple European countries, and Airtel Africa and Oberthur Technologies deploying to 15 countries throughout Africa. Google Kenya and Equity Bank last year launched BebaPay, an NFC enabled electronic payment card and app in a move they said would make payments easy and more convenient for consumers and merchants.