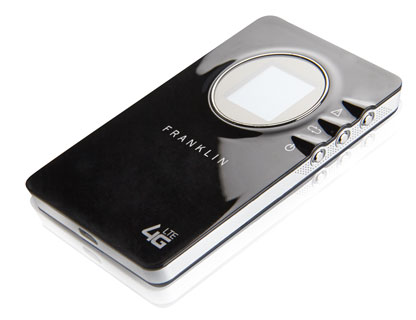 For a few weeks now, Smile Telecom has been aggressively marketing its new 4G MiFi Router as the device of choice to have right now If you want your internet issues solved.
The pocket sized 4G Router Supports multiple devices (We are yet to clarify how many) and is said to have a battery that lasts up to 8 hours. It can be charged via the micro USB port and comes with 5GB data that is valid for 60 days. Smile is offering the 4G MiFi Router at 240,000 ugx ( about $95)

Smile Uganda was the first ISP to actually launch 4G internet speeds in Uganda but wasn’t initially as aggressive compared to its counterparts, Orange that made data service more popular leading to better adoption among the masses. Smile is starting to want more of the data pie. The company embarked on massive billboards in all major spots around Kampala and the surrounding towns. It then opened up shops in major malls around town where their clients can go in case they need service. Lately, they have set up experiential points around town where people can experience their internet.

Further, Smile has reduced their data rates and increased the validity periods by 100% which means that if you buy 500MB and above, its valid for 60 days compared to the 30 days offered by the competition. They also have a progressive reduction in the data rates depending on how much you buy. For example 1GB will cost you 37,500 Ugx but 3GB will cost you 75, 000 Ugx at 25,000 per GB and 50GB and above will be costing you about 10,000 per GB.

Smile’s biggest issue is coverage. People could only access Smile Internet within a given radius meaning that their clientele were limited to particular locations within Kampala. Smile has currently expanded to a couple of more towns around Kampala and we’ve got news from reliable sources that they plan to cover a huge part of the country by July this year. If Smile resolves its coverage issues, they would be placed on a better footing to compete. With Google’s project Link, Internet will no longer be an issue for ISP’s since google will sell it  to the ISPs affordably. The question then will be who provides a better overall service

For the first time we feel that Smile Telecom can now compete as an ISP. Are you using Smile? Let us know in the comments.