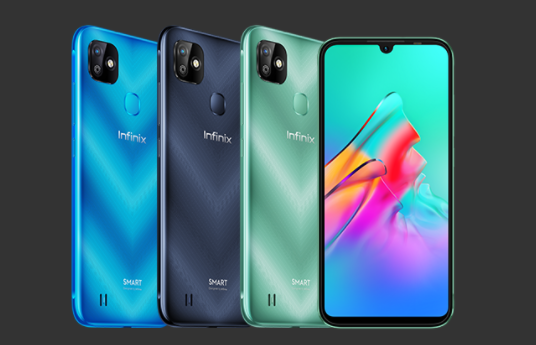 Infinix is a specialist in the budget smartphone market; is one of its line of smartphones in this category. Starting the new year, Infinix is offering the Infinix Smart HD 2021. It is a low-budget smartphone from the Smart series with a big display, justifiable specs, and a modern build that looks visually appealing.

As far as low budget smartphones are concerned, the Infinix comes with about everything you would want in one with its sleek design and a nice screen. At 6.11-inch, the HD screen is good enough for media consumption and other pleasures you might be into.

Read More: Infinix Note 8 and 8i: Specs and Price

Fitted into the slim body of the Infinix Smart HD 2021 is an ample 5, 000mAh battery, a quad-core Mediatek Helio A20 chipset, 2GB RAM, and 32GB storage space built-in. The smartphone runs on Android 10 Go Edition.

Furthermore, there is an array of cameras at your disposal with a dual combo at the back and a single shooter at the front. You also get its AI system helping out to make your pictures better. There are two 8MP cameras in play at the back of the smartphone and a single 5MP front camera.

Also Read: A Full List of the Best Infinix Phones in 2020

Price and Where to buy Infinix SmartHD 2021

The smartphone is available for sale in stores nationwide in Nigeria. It goes for NGN 40,500. A release in Kenya, Uganda and Ghana is yet to be seen so stay tuned to know more about that.