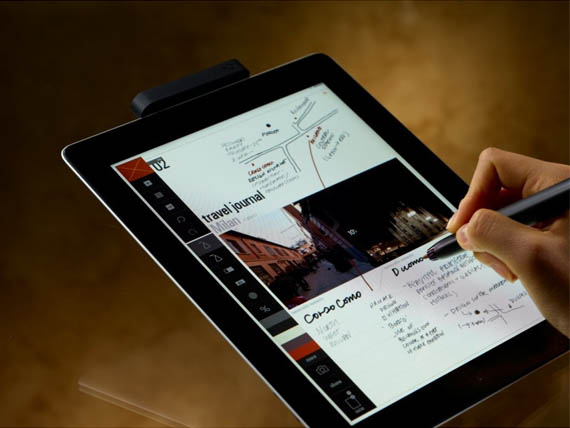 At the commencement the new millennium, the future of traditional media was obscured by the internet, a new platform that presented limitless possibilities of exchanging information. They had to adopt it or die.

Many did adopt it, however, still maintaining their rather archaic style guides and regulations. But the meritocracy of the internet wasn’t ready to play along the old wine tastes better tune. From time on, super sonic disruptions have since been the order of web journalism and they continue to occur a tad too fast.

According to ACME; one of Africa’s renown traditional journalists, Charles Onyango-Obbo left from his post as Nation Media Group’s executive editor for the Africa and digital media division to a digital only publishing platform. The veteran journalist and author moves to the Johannesburg-based Mail & Guardian.

In some ways it will parallel NMG Africa and digital division’s Africa Review, which Mr Onyango-Obbo has been running. The Africa Review is a digital news platform that was established in 2009 to “provide smart insights on African news and to examine important social and political trends on the continent.”

Mr Onyango-Obbo does not shy away from admitting where he thinks Africa Review failed or got it wrong.
“We focused too much on having boots on the ground and geography, and didn’t do enough on content,” he says. “Secondly, we struggled to monetize.”

Monetize is the key word here. Undeniably, the internet continues to eschew the clear cash flow that traditional media enjoyed previously through publishing in the print medium. And where they adopted digital platforms to diversify their revenues, they still failed to transpose their business models, they got stuck with “legacy models” that worked way back in the days but are now obsolete.

The death of traditional media is fueled by the mass exodus of traditional journalists to digital publishing platforms and here are some of the reasons why;

The need for explanatory journalism

Traditional media is plunged with cases of sieving stories that will make to the top. Perhaps this is to avoid cases of getting in the bad books of the state or stakeholders alike. They continue to enjoy back door access to state coffers while sacrificing getting the real story out there. However, those that have tried to go independent have always been frustrated, for example during Obbo’s career at The Monitor he had several run-ins with state officials, once leading to a 10-day shutdown of the newspaper over a report which alleged that a military helicopter could have been shot down in northern Uganda by rebels of the Lord’s Resistance Army.
On the contrary the audience craves these kind of truths. The investigative and explanatory journalism have since been sired to another level by the internet especially through blogs which are not quite as regulated as “old” media.

There still remains a price to pay for traditional media companies that throng the digital media platforms, they have to be keen with the kind of content they produce. The internet is a very public place and there is no way they can survive the preying eyes of intelligence sources. On the other hand, “Being privately owned, and having greater institutional flexibility, makes digital publishing a more suitable vehicle for this in these times” and it also affords one more “creative freedom” than what a listed company could probably give.

The rise and rise of social media

Everybody in this day and age of social media is some sort of a media company. Breaking news first makes rounds on social media before crossing paths with traditional media. Famous internet behavioral scientist Clay Shirky advance a theory of mass amateurisation in his book Here Comes Everybody; he argues that for every new producer in the media industry, there is a new consumer. This means with just a smartphone or laptop and access to the internet anybody could become a credible news source. Several disruptions in the media have been as a result of the meteoric rise of social media which doesn’t seem to be coming to a halt anytime soon. The man who correctly predicted that Software would eat the world, Marc Andreessen, is at it again. He predicted that news was set to be the next big thing in media. And, as it turns out, there is no better place to break news than on social media. Without revealing much about the prospects of his new job at Mail & Guardian, Mr Onyango-Obbo said: “We shall be very big on news analysis, heavy on looking to future outcomes, focus on cross-cutting stories (thus avoid a Uganda story unless it touches on at least two other African countries), and we will mine social media like few other African media have.”

Arise ye narcissists! Digital publishing platform brings out the best of narcissism out of many. A Greek mythology of a beautiful young man who fell in love with his own reflection is new face of personal branding. It isn’t bad at all but the point remains, the internet has given almost everybody the chance to stand up and say absolutely anything. Traditional journalists that have especially been authoritative in their fields want to expound on this new platform that will further re-energize their voices.

The Startup world remains the most challenging yet exciting venture an entrepreneur could undertake. When David Pogue, a 13 year columnist with the NY Times decided to leave his job and take the mantle at Yahoo Tech, a new tech blog; he had this to say in a Forbes interview.

There is a real start-up mentality and a fire in the bellies of employees that was palpable. I should also mention that I was excited to build something new. To be candid, I had not done that before. Yahoo Tech represented the opportunity to build something from the ground up with the incredible support of a giant technology company.

Terms like experimental journalism, growth hacking, MVPs are some of the most used verbs and nouns. There seems to be a buzzword coined everyday and journalists want be apart of this. The disruptions continue to occur even in organizations such as UNICEF that have picked up the Startup mentality.

Working with meagre resources guides startups in focusing more narrowly and maximizing production which “old” media has yet to master.

The digital publishing wave continues to sweep over the publishing world. But it may not yet be the time to say R.I.P traditional media.