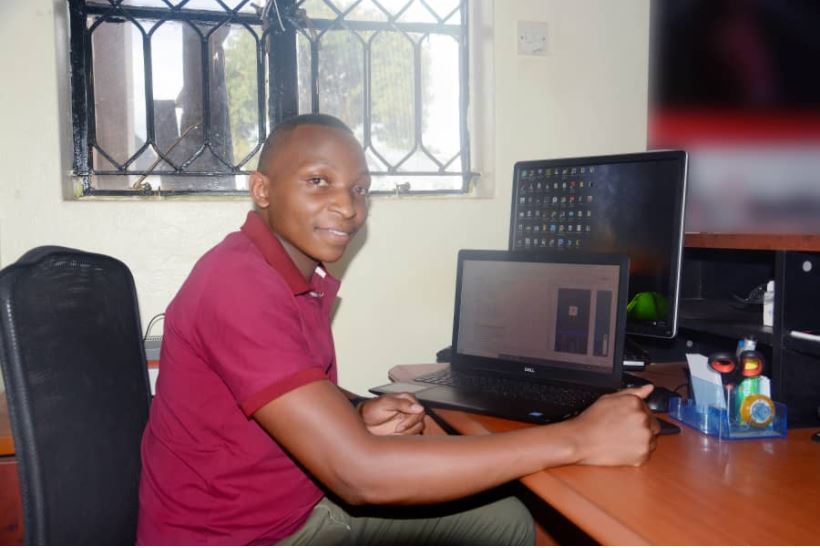 Many people go through life guessing what their passion is only to find out much later or resign to fate after a vain soul searching. However, when a team from the Uganda Communication Commission visited Julius Tusingwire’s primary school and offered them a computer training session, a bond between the young Asingwire and computers was made right there and then.

“Computers are my passion and I love using them to solve problems.” Declares a jolly Asingwire who doesn’t clearly know how he became a health practitioner.

Julius Tusingwire is one of the winners in the MTN for a good campaign that was launched early 2020. In this campaign, MTN Uganda sought to awaken youths to the fact that they can achieve their dreams if they dare pursue them. Youths were asked to submit a one minute video of their dreams and where they would like to take them. Julius submitted his video that received mass appeal from the public.

Heeding to a friend’s advice, Tusingwire recalls that he decided to enroll for a registered nursing course as a sure way of securing employment. However, he held onto his passion for computers, which eventually led him to programming, something he does simultaneously with his health work profession.

For a while, computer programming supplemented his nursing salary for a while before he lost his job in the health sector, compelling him to concentrate on his programming career.

He has merged his medical career with his computer programming career. He started an online pharmacy under the name “Your Dawa Online Pharmacy” which he is sure will be a big business in future as online businesses become more popular.

As a winner of the For Good campaign, Asingwire will receive support from MTN including MTN Mobile money to seed into his business, monthly data for six months. MTN will also offer him a comprehensive business mentorship program that covers a wide area of business essentials needed to manage his company in a professional manner.

He advises youth to diversify their sources of income by acquiring more than one skill.

“I thought my future was secure because I was a medical practitioner but when that caved in, my passion for computers kept me on board,” – Tusingwire says adding that youths should work for what they want because there is nothing for free.