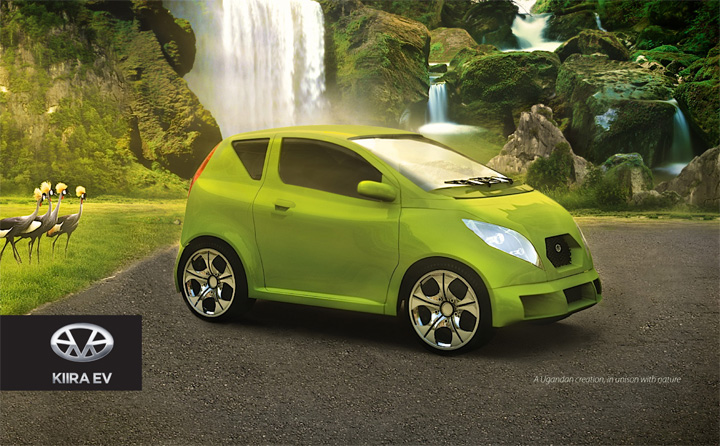 “Speaking during the handover ceremony of the land in Jinja District yesterday, the acting executive director for Uganda Investment Authority, Dr Francis Ssebowa, warned the companies against producing poor quality cars. We are giving you this land today with a hope of getting the best car products that will be admired by everyone in the world,’’ He said the government expects to get revenue and employment for its people in the factories being created. The Daily Monitor a Ugandan Daily reports.

To avoid unfair competition the China based Company has been limited to production of Pickup trucks only. This is not the first time that Ugandans have attempted to build cars but rather this is the first time that Government is coming out to fully support the venture. The First was the Kiira EV built by Makerere University students with help from MIT and the next was the solar powered Bus and then later, the President of Uganda was seen a test driving a Toyota Noah whose Engine was modified by Kyambogo University Students to run on pure ethanol.

Between 2000 and 2010, the number of vehicles in Uganda increased from 300,000 to 800,000 all of which are imported from countries like Japan. As the middle class rises, more and more families now need at least one vehicle to go to work, drive kids to and from school, go party among other things. It now makes perfect sense to manufacture cars locally as opposed to importing them from foreign countries as that will sink back the revenue into the economy.

Further more, Uganda is on the horizon of starting commercial oil production by 2018 with  an oil refinery in place with an inbuilt capacity of 60,000 barrels per day (BPD). With a national oil company in the country working along side global players such as Shell and Total, Ugandans will drive home-made cars running on home-brewed fuel for the first time!

But what’s more interesting about this development is the cooperation between the academia and industry. In this post “What the business community can learn from Uganda’s first electric car” written two years ago when the iconic Kiira EV met the road for the first time amidst media glamour, David clearly spelled out what needs to happen for the Kiira EV to be a commercial success. The need for investors to work closely with Africa’s universities that have a great pool of talent instead of merely importing finished products from overseas.