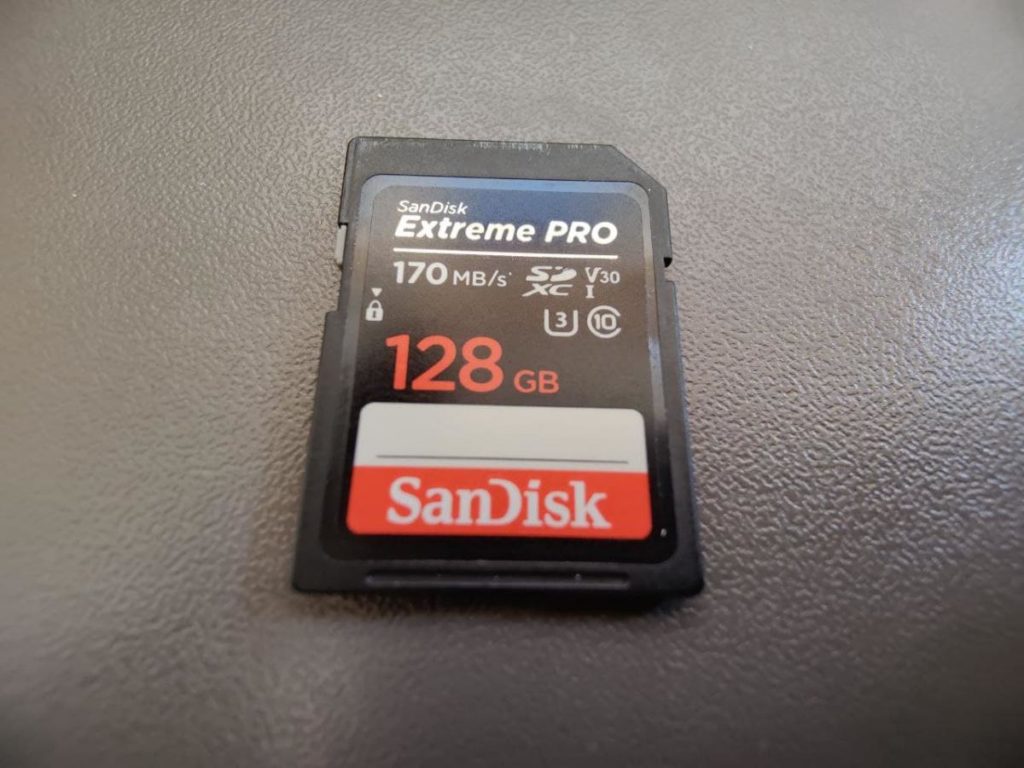 Buying an SD Card is one of those things which is either a hit or miss. With a lot of counterfeit products on the market and a lot of technical buzzwords slapped on products, it’s never easy. But it doesn’t have to be that way. When I bought a Canon EOS M50 Mirror-less camera, I needed something that would work well with this camera. The SanDisk 128GB Extreme Pro SDXC card turned out to be a good choice.

Now before you go buying an SD card, it’s really important that you understand the technical jargon printed on these cards. As a rule of thumb though; always prefer known name-brand products such as those from SanDisk, Sony, Samsung, Lexar before you settle on the price, capacity, and other factors. Even with recognized brand names on SD cards, it doesn’t mean they are original. A lot of people have fallen victim to a number of counterfeit cheap SD Cards from online stores such as AliExpress. So be careful.

For starters, you should know the different SD card types. There are four categories of SD cards categorized by the storage capacity they support;

This being a 128GB SD Card, it’s classified under SDXC.

Secondly, SD cards are classified by sequential write speed classes they support. There are 3 broad categories; Speed Class denoted by a capital letter C which starts C2 supporting 2MB/s to C10 at 10MB/s. Then next is the UHS or Ultra High-Speed class denoted by a U with a number in it. Here you have U1 with 10MB/s and U3 with speeds of 30MB/s.

Lastly take note of the roman numerals. These are SD card bus interface classes which are really the physical electrical PINS on the other side of the SD Cards. There are about 5 categories; High Speed, Ultra High Speed (UHS-I), UHS-II, UHS-III and SD Express in increasing supported speeds. This SD Card has roman numeral I meaning its UHS-I SDCard.

With that understood, it’s now testing your newly purchased SD card against the manufacturer’s word. In most cases, these figures written on SD cards are just numbers and symbols. Vendors rarely mean their marketing specifications, so it’s always advisable that you read online reviews before you commit to buying a SD card.

The SanDisk Extreme Pro isn’t the fastest SD card just from the classification symbols. It’s actually mid-range SD Card somewhere above the average SD Card but not quite the fastest one either. SanDisk advertises 170MB/s on the card, a number above the V30 classification (30MB/s) but according to my tests, the sequential writes were beyond 30MB/s but not near 170MB/s either.

The speed tests vary depending on your setup. On my end is an Asus VivoBook F510 (F510UA-AH55) with a built-in SD card reader. To run the speed tests, I used the CrystalDiskMark Windows app. I was able to hit about 42MB/s read and 37MB/s write speeds. This is obviously not in any way close to the advertised 170MB/s but is above the V30 classification minimum write speeds. Other reviewers were able to hit much higher values somewhere around 80MB/s read speeds and about 75MB/s.

If you don’t have a built-in SD card reader, then you can get this Sddr-399 SD UHS-II Reader/Writer from SanDisk for about $21 on Amazon. People who have used this card reader have been able to hit much higher speeds.

Related post: How good is this 32GB Samsung EVO Plus Micro SDCard