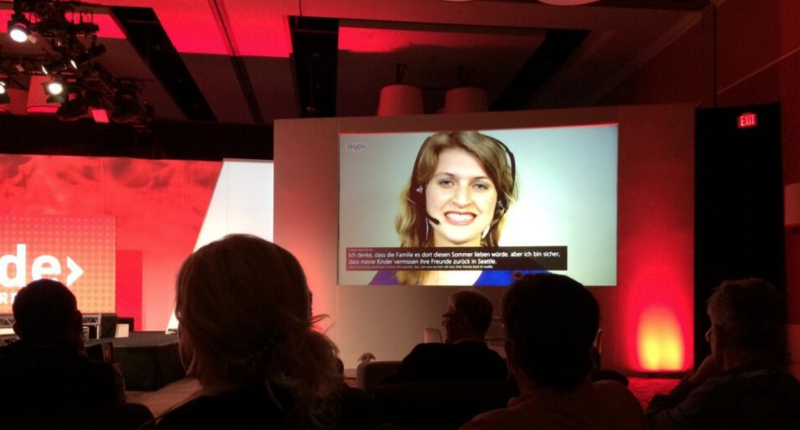 Imagine a phone conversation between two callers who speakers two different languages, yet can understand each other while still speaking in their native languages — all without a language translator (at least a human one)?

Well, this capability might hit your device later this year if it has Skype according to Microsoft CEO Satya Nadella. On the Code Conference stage in California, the Microsoft CEO announced the voice translation feature after demoing German speaker speaking to an English speaker. The demo showed near real-time audio translation from English to German and vice versa, combining Skype voice and IM technologies with Microsoft Translator, and neural network-based speech recognition.

Skype, a division of Microsoft currently has more than 300 million connected users each month, and more than 2 billion minutes of conversation a day! The service is installed in PCs, smartphones, tablets and even smart TVs connecting millions of users across the globe — for FREE.

According to this Microsoft blog post, the feature will help bridge language barriers across geographies; “language barriers have been a blocker to productivity and human connection; Skype Translator helps us overcome this barrier.”

The Skype translator will be available as a  “beta” Windows 8 App first before rolling out to other platforms.