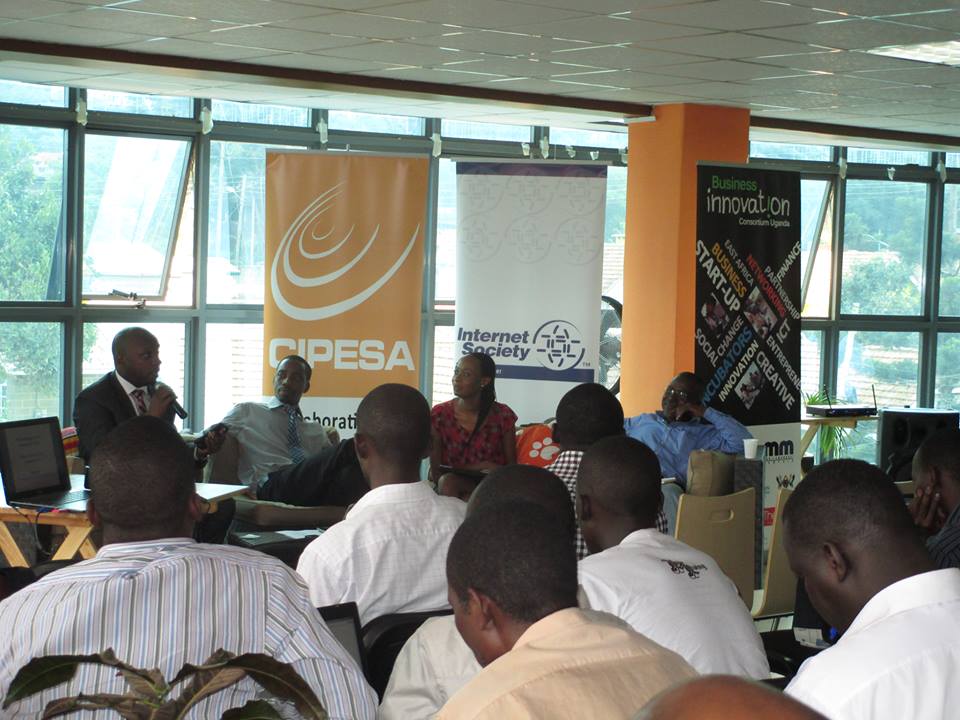 Information Technology and Communication Association of Uganda (ICTAUg) held the Uganda Internet Governance Forum (UIGF) event which focused on harnessing internet development in Uganda. The forum focused on connecting the last person to internet with available solutions and policies.

According to Daniel Nanghaka from Internet Society, Internet in Uganda is growing very fast and the costs are reducing due to the multiple stakeholders and ISPs who have joined the sector. He applauded Uganda Communications Commission (UCC) for doing a great job but stressed that they need to be complimented by other stakeholders. This because they are regulators and protectors of consumer rights but in many ways may be handicapped and cannot to do everything.

In his presentation Daniel said the biggest challenge which needs to be checked is rural access to ICT because developments have been happening in the urban centers leaving out rural areas. Also he mentioned that the cost of ISP connectivity per 1 Mbps costs between 500 – 700 USD which is not favorable to the low income earners.

This is because most ISPs do not have infrastructure in place and major players in Uganda are  Orange and Infocom. The majority of the ISPs hire data bundles from these two making costs go high. Though these prices would be lower if the Government can play its role and build infrastructures that can enable cheap ISPs.

It should be known that many companies have shifted from Microwave to optic fibre because of it’s enormous advantages and the reduced cost. We should also remember that  money that  the government  allocated for optic fiber installation was stolen.

Mr. Nanghaka recommended the following if we need to achieve internet development in Uganda;

From Uganda Internet exchange Point, Inter-network traffic routed via slow and expensive satellite links (VSAT). According to them local hosting and services is not viable yet in Uganda because Europe, Israel, America and many others are paid to carry Ugandan data.

Uganda’s created local Internet is faster if local traffic does not have to travel so far and cheaper if less traffic is routed via upstream links. it is more efficient if local traffic has far lower latency and enables new markets and services.

There are Gigabit Switches in Uganda where by two were donated by Google through NSRC,  Upstream Connection & Server donated by Orange Uganda, New Power Backup System funded by The Internet Society.

Ashnah Kalema from OpenNet Africa presented and said that internet penetration in Africa is 16% where by 63% of that attributed to Mobile Phone Subscribers.

According to Alexa.com a website traffic ranking site Facebook, YouTube, Twitter and blog site are the most visited sites. Mr.Kalema also said that they are many numerous incidents that infringe on online freedoms due to long-existent but often vague laws, and also extra-legal means curtail online freedoms.

Africa needs to understand policies and practices that affect internet freedoms by identifying aspects of the available policies that need to be changed to make legislation more supportive and forming a network of national and regional  actors involved in promotion of internet freedoms and lastly raise awareness and spur multiple stakeholders in the right ways of protection and promotion of these freedom.