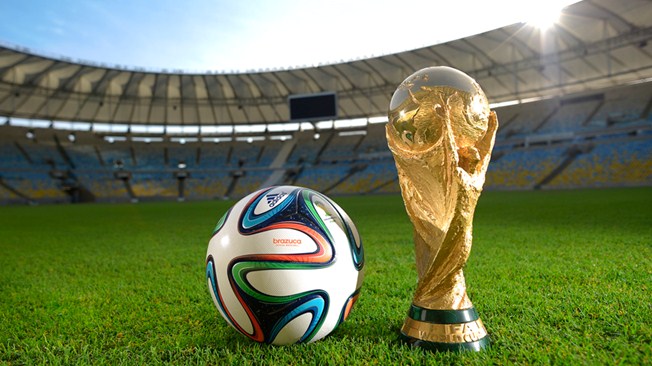 The next 4 weeks or so will bring the ultimate source of entertainment world over for sports fans as they seat back and enjoy watch 32 teams play each other for the FIFA World Cup trophy and title  starting this Thursday in Brazil.

More than three million people will attend World Cup matches, but most will be following the games on TV, social media, websites, mobile Apps. Africa will send 5 teams who will keep fans from the continent glued to their seats as they hope for the trophy to come home. Here some of the recommendations from us to enjoy the games.

The official FIFA (Federation Internationale de Football Association) website is certainly a very reliable source of information on the games, team details, profiles, interviews, latest news, live scores, matches, awards and all sorts of media. The site which is the most visited sports site online looks well polished with a flat design and makes good use of white space.

Your next option is to keep in touch with the games on the go — in a taxi, restaurant, in your car — using your smartphone or tablet. There are a number of Apps that can help you do this including FIFA’s official app itself available on Android and iOS, ESPN’s “ESPN FC Soccer & World Cup” App available for iOS and Android, FIFA ’14 available on  for iOS, Onefootball Brasil also is good one for iOS, Android and Windows Phone and finally theScore for  iOS and Android among several others. The choice is really up to you and what works for you here.

If you’re interested in following real-time conversation with several other football fans across the globe, then social media specifically Twitter is your friend. The official hashtags created by Twitter itself for the 64 games are #WorldCup and #Brazil2014. However, you can also follow #fifa, #worldcup, #brazil, #football, #brasil2014 or simply create your own, but be sure that it is unique and that you share it with your friends.  There are already more than 300 of the players from the 32 competing nations are on Twitter, which gives you the opportunity to interact with them directly.

If you’ve enough bandwidth to spare, why not stream the games live from your smartphone or PC? However, for the broadcasters, this is not very straight-forward as they have to buy the broadcasting rights from FIFA which is often very costly. That said, there aren’t many doing online streams other than ESPN (through their mobile Apps mentioned above). Wiziwig TV, a long standing sports broadcaster also has something going and you can also catch some of the action on FIFA’s Youtube channel.

Perhaps the most favorite choice for most sports viewers, Television certainly is a great option. You can catch the matches in the comfort of your living room or with friends at a sports club. Again, showing such big sports events is a lucrative business, and expensive. It requires broadcasting rights from FIFA. If you live in Uganda, UBC (Uganda Broadcasting Corporation) will be screening the matches alongside Supersports on DSTV. For other countries the PDF with broadcaster with rights can be found here.

Googling “Fifa world cup 2014” will show match fixes on the results page and a link for details on the FIFA site!