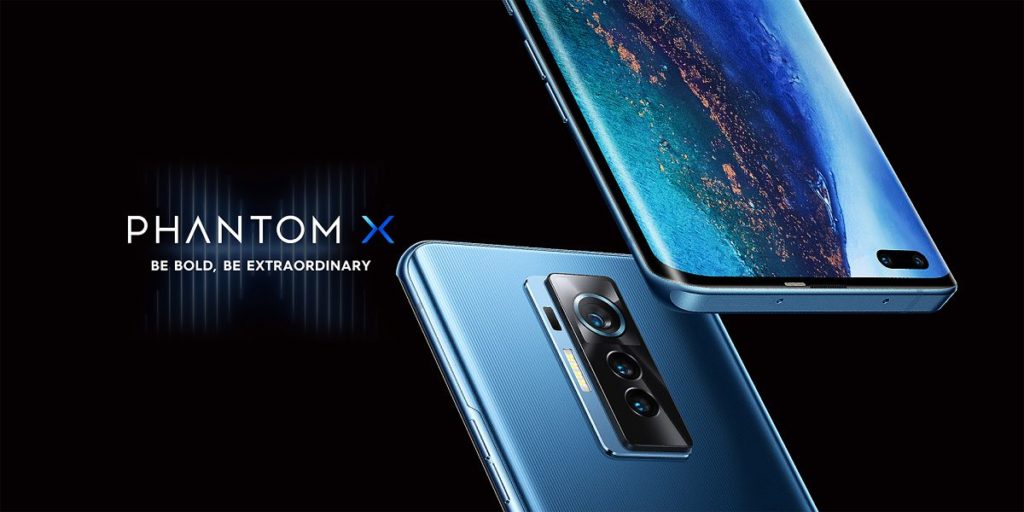 The first thing that was mentioned was the design and size of the Phantom X. It comes with what Tecno calls a 3D borderless design with 70-degree curves around the edges of the device. This is similar to what Samsung did to the Samsung edge smartphone. The Phantom X also features a massive 6.7 inch AMOLED display. The back is covered with silk glass which also has curves around its edges.

It comes with a 50MP Ultra night camera with a ‘super night mode’ feature on both selfie and rear cameras to help you capture really detailed images in dark environments. There’s also a feature Tecno calls ‘FILM MODE‘. This feature, according to Tecno, will help users take cinematic videos with the Phantom X.

The Phantom X comes with a 33w fast charger and a 30 minutes charge will give you 70% of battery and with its 4,700mAh Li-Po battery, you get to enjoy videos for up to 29hrs.

Although it is still not clear how this feature works, Tecno says the Smart one-button phone cloner will help its customers who want to migrate to the Phantom X transfer all their files, seamlessly, at a tap of a button

The Tecno Phantom X will be sold in Nigeria for N228,000 ($456). In my opinion, that’s pretty decent for a smartphone coming with so many value offerings. The device is currently selling in retail stores (Online and Offline) across the country.