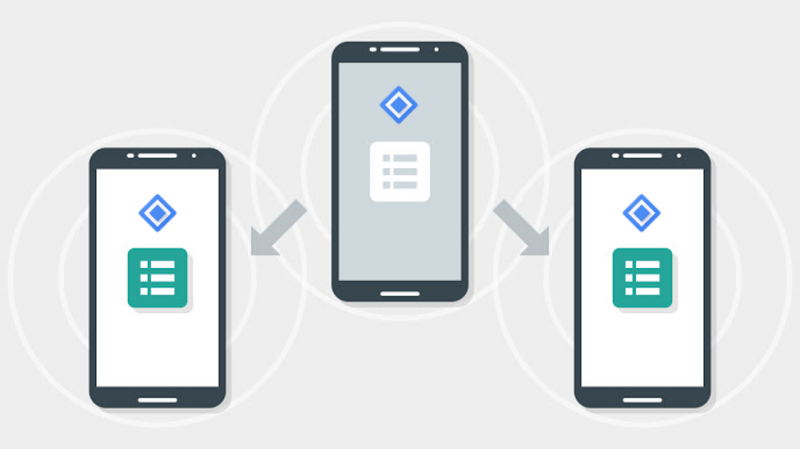 If you have ever had to use apps like Flashshare, Xender,  SHAREit for peer-to-peer file transfer between two android phones without the internet, you might no longer need to do that. And It might be possible to finally use apps like Whatsapp, Messenger, Telegram without an active internet connection for users close to each other.

The API specifies two designs as described in the Android blog;

Related post: Bluetooth 5 vs WiFi Direct: Which is the best for sharing files between smartphones

Existing messaging platforms like Whatsapp, Telegram, WeChat, Viber, Skype etc will have to take advantage of the API first by updating their Apps to work with Nearby Communication 2.0 API to allow offline communication.

The communication is facilitated over existing wireless technologies on phone such as Bluetooth and WiFi. However, the people you are chatting with must be in “close proximity”, not a far off as this will need the internet. For now, keep an eye on any updates from your favorite file sharing or messaging app as the next version is very likely to take advantage of this feature.