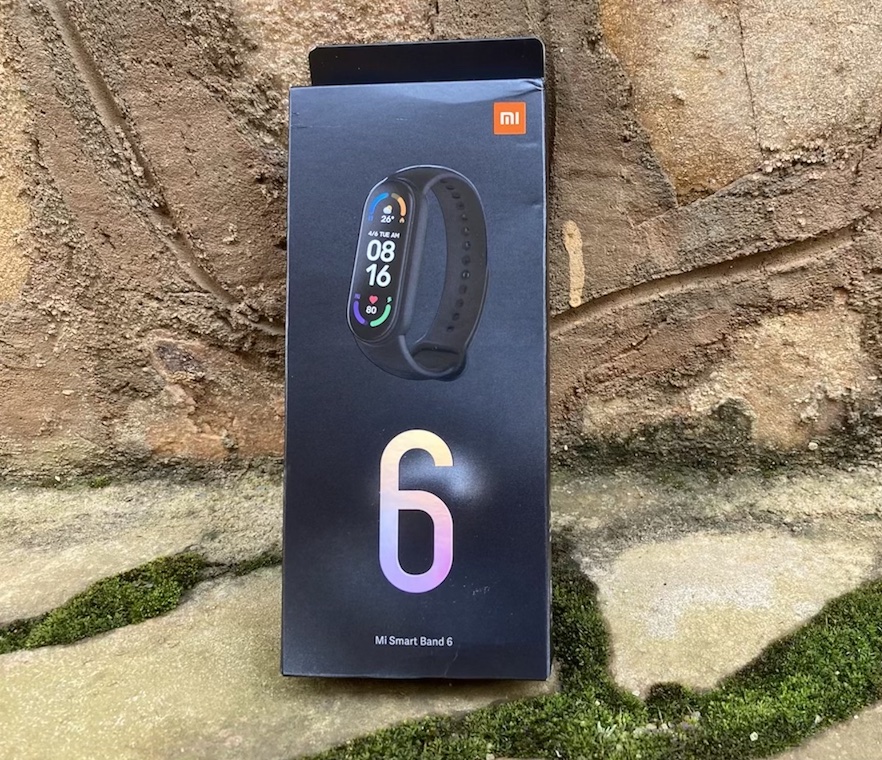 Xiaomi updated its most popular fitness band to the Mi Band 6. The latest band offers a bigger display upto 50% more than its predecessor and an SpO2 blood oxygen saturation monitor and more fitness modes for about $50.

The Mi Band 6 was launched at the beginning of the year in March starting with the Chinese version. The global version was later on released for Indian and European markets. I got myself the Mi Band 6 from Gearbest which I have been using as my daily driver up from the Mi Band 5.

The Mi band 6 sports a large 1.56” AMOLED display with 326 PPI resolution. The screen is bright and the fonts much larger than its predecessor, the Mi Band 5 which had a 1.1” screen. The screen overflows to the straps with an almost bezel-less display curved with rounded corners. The default color of the wristband or straps is black, but you can change to orange, blue, yellow, olive, and ivory versions purchased separately.

Setting up the Band

Setting up the Mi Band is easy but not very intuitive. It doesn’t have a power button for starters. When you pop the band from its box, you’ll see a prompt on the screen asking you to pair it with your phone. But this only appears if the band has some battery charge. If it doesn’t — and there’s no way of telling — you’ll have to charge it first. That’s what I recommend you do regardless.

You must pair the band with your phone via the Mi Fit app before you start using it. So the first thing you should do is download the Mi Fit app from the Android or iOS store. Create a Xiaomi Account if you don’t have one already or sign in. Make sure Bluetooth on your phone is turned on and your phone is close to the fitness band. In the Mi Fit App, tap the plus sign to add the device and select band. A pairing request is sent to the fitness band screen. Accept it and the pairing is done. The Band now is paired with your smartphone and shows the default watch face.

What’s new with the Mi band 6 is that it now has Blood oxygen saturation(SpO2). Now, SpO2 is the percentage of the volume of Oxygenated Hemoglobin (HbO2) in the blood to the total Hemoglobin(Bh). It is an important physiological parameter of the respiratory cycle of the human body. This is especially vital to know during the global Covid-19 pandemic. Because the virus attacks the lungs, doctors will want to know your SpO2 levels to understand the severity of your condition.

Generally, the lower the value, the higher the risk. 95% and above SpO2 is considered normal. Results between 90-94% need attention and anything below 90% requires hospitalization.

Before I got this Mi Band 6, I already purchased a standalone Pulse Oximeter for home use. It’s a dedicated little device that takes a non-invasive and painless test(no need to draw blood) that measures your oxygen saturation level, or the oxygen levels in your blood. So I took the results from the pulse oximeter and compared them with the Mi Band 6.

According to my observations, there was little difference between the two measurements. The pulse oximeter was obviously more accurate with the Mi band falling not far behind. For instance, the Pulse Oximeter gave me a 98% result while the Mi band 6 showed 96% with the same arm under the same light conditions.

Now Xiaomi says hair, tattoos, shaking, low temperature and wrong way of wearing the band might affect the results. Xiaomi also adds a disclaimer that the results should be used for reference purposes only. They should not be used for medical diagnosis.

You will find yourself using maybe two or three of these modes. I personally go walking and running for the most part and the band does a good job of tracking my activity. Xiaomi hasn’t included a built-in GPS yet on the Mi Band, so you’ll have to use connected GPS which basically picks location data from your smartphone when paired via Bluetooth. Xiaomi has included a Workout history right within the band. Previously you could get this information from the Mi Fit App only.

Additionally, you also get female health tracking first introduced in the Mi Band 5. The ladies can monitor patterns of their cycle, log periods, and track ovulation. The Mi band 6 will vibrate to let you know where you are in your cycle ahead of time. Xiaomi disclaims that this feature shouldn’t be used or relied upon for medical purposes as it might not accurately predict your menstrual cycles and related information.

This band supports upto 5 ATM water resistance. That’s equivalent to depths of 50m underwater. It can be worn during handwashing, in the swimming pool, or while swimming near the shore. However, it can not be used in hot showers, saunas, or diving. The touchscreen doesn’t support underwater operations either. You have to wipe away the water with a piece of cloth before you use it again.

This Mi band 6 packs a 125mAh Lithium polymer battery. Even though Xiaomi has increased the screen size of this band, the battery capacity hasn’t changed from the previous version. The Band 6 retains the magnetic charging cable compatible with its predecessor. Xiaomi still claims a 14-day battery lifespan, but according to my tests, I was lucky to get 7 days of battery. That was without continuous heart monitoring and PAI score turned on which considerably depletes the battery even faster.

The Mi band 6 doesn’t have an Always-On Display(AoD) yet. You have to keep raising your hand to turn the display on. I understand that AoD depletes battery, but at least this should be left as an option that users can turn on/off at their discretion. The reason I still love the Amazfit Bip smartwatch despite having a low color-space LCD screen is that it has an Always-on Display and an impressive battery life of upto 40 days.

What some users have been waiting for, however, is for Xiaomi to include music support instead of just playing/pausing music playing on your phone. By pairing with a headphone/earbud, users can directly play music from the band during workouts for instance. Maybe this is something we shall see in later versions of the band.

The Mi band 6 is a worthwhile upgrade from the Mi band 5 if you are looking for a bigger display and an SpO2 blood oxygen saturation monitor. That will set you back an additional $10-15 at least.

You can also view our review of the Mi Band 6 below;

The Mi Band 6 is currently unavailable at most online stores such as Amazon global/India or Flipkart. Get it for $46.4, $52.99, $46.4 from Amazon.com. I’ll update this post when the status changes. Currently, you can get it from Aliexpress for $42.99 or from Gearbest for about $50 which is where I actually bought mine.