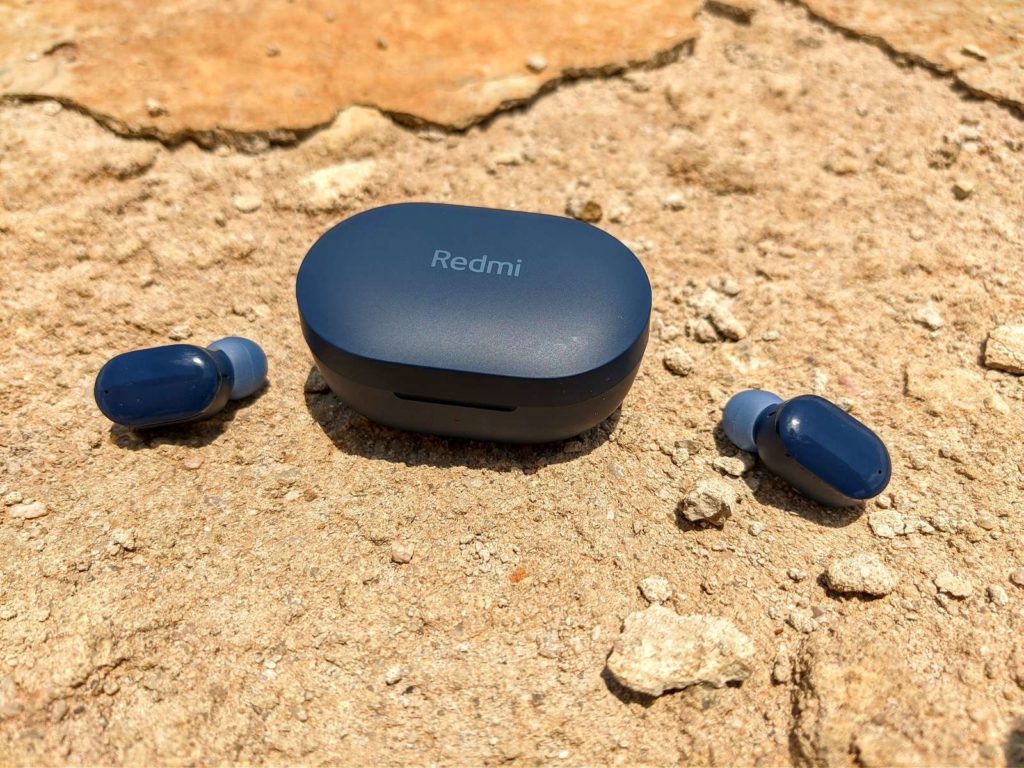 Redmi, Xiaomi’s sub-brand, has made a name for itself for walking a tightrope between flagship specs and a pocket-friendly price. As Redmi and indeed Xiaomi smartphones grow in popularity, what better way is there to commit to the ecosystem than to add the Redmi AirDots 3 to the mix?

As the name suggests, the Redmi AirDots 3 are the 3rd iteration of Xiaomi’s TWS earbuds with a naming convention to give Intel a run for its money. The AirDots 3 stand on the shoulders of the Mi True Wireless EBs Basic 2 or the Redmi AirDots 2 in some regions and the original AirDots that were released back in 2019. These Earbuds are also called Redmi Earbuds 3 Pro in the Indian market.

Below is our honest review:

Xiaomi has rehashed the design of the Xiaomi Redmi AirDots 2 aka the Mi True Wireless EBs Basic 2 with only a few hairline adjustments. The Redmi AirDots 3 also get a fresh new coat of paint, ushering in blue, black, and pink instead of boring black and white.

Compared to the Mi True Wireless EBs Basic 2, the Redmi AirDots 3 have a longer oval shape, a glossy and matte finish, and touch controls albeit rudimentary ones. I’d say it’s a welcome change from the tactile physical button of the Mi True Wireless EBs Basic 2. The silicone ear tips got a redesign as well from the norm to a closed-off design to keep earwax from clogging the speakers.

But perhaps the biggest physical standout feature is the infrared proximity sensors to auto-pause/play when the earbuds are removed/placed in the ears. The execution is spot-on; the AirDots 3 respond instantly. Not that they can detect your ears. They will continue playback on contact with skin from your foot to your scalp.

The AirDots 3 are encased in a roomier charging case measuring 65 x 42 x 32 mm. The extra room accommodates much bigger earbuds (4.6g apiece) and twice the battery at 600mAh when compared to the charging case of the Mi True Wireless EBs Basic 2. A new button placed inside the charging case disconnects your earbuds in the event that you wish to connect to another device. As an aside, the Redmi has discarded Micro-USB in favor of USB-C for the charging case.

The silicone ear tips that come in small, medium, and large do little to address the issue with diverse human outer ear shapes and sizes. From my own personal unreviewed observation, what’s more important is the size of the inner ring of the ear, called the antihelix. Perhaps Xiaomi felt that the size of the Mi True Wireless EBs Basic 2 earbuds was not long enough to gain purchase on the antihelix.

As such, the Redmi AirDots 3 are longer and provide a much better fit. Depending on the size of your outer ears, you can twist them in place counterclockwise until you get the perfect fit. That is unless your ears are much smaller than the average, in which case, it’s advisable to insert them in a way that doesn’t hurt in the short and long term.

Xiaomi has upped the ante by introducing Bluetooth 5.2 in conjunction with Qualcomm’s aptX Adaptive audio for an almost seamless connection. AptX Adaptive’s key feature is the ability to compress audio into a smaller size when it encounters crowded wireless signals while maintaining low latency. In a less congested area, the audio quality gets better by the same rule.

As a testament to the AirDot 3’s juiced-up specs, merely opening the case is all it takes to connect the earbud to the last connected device. The process takes seconds. The off button in the charging case counters though. Simply press it when you wish to connect to another device. For some inexplicable reason, the Redmi AirDots 3 play nice with the Redmi Note 10/Pro better than the Redmi AirDots 2 and AirDots 3 Pro. The animation that greets you is a sight for sore eyes.

However, before Xiaomi saunters off for that victory lap, I have this to say; the functionality of the touch controls is quite lacking. Double tapping the left earbuds summons a Voice Assistant while doing the same with the eight earbud plays/pauses. That’s it. It would have been nice to be able to adjust the volume as well.

If you’re daring like I am, you can also download the Chinese-only Xiao AI Lite app. This app gives you more control of your earbuds like the ability to change the functions of the earbuds. It also displays the battery level of the charging case and goodness knows what else I was just too lazy to translate with Google Lens.

At a going rate of $30, the Redmi AirDots 3 are quite cheap. The sound quality is subsequently reflective of that. As such, it would be disingenuous to rate the AirDots 3 in the league of the $250 Airpods Pro et al.

From my own experience, I’d say that the highs are good, the mids are okay and the bass is quite punchy although it doesn’t get as loud as I would have liked. I noticed that quality suffers a tad in areas with lots of devices connected to wireless networks. In less congested areas, there’s little to complain about.

From what I gather, Qualcomm’s aptX Adaptive audio does more than adapt to wireless signals caught in the crosshairs. This codec also has the ability to detect what kind of audio is streaming. Once detected, the codec immediately adjusts the audio quality to suit the streaming media. While I can’t say that I have noticed any discernable difference when playing, say, YouTube, Spotify, or Netflix, it does sound much more immersive at times which could be attributed to this.

The Redmi AirDots 3 are the battery champ of the series. At 600mAh, the charging case packs twice as much juice as the Mi True Wireless EBs Basic 2. Not even the Redmi AirDots Pro come close at 470mAh given that the earbuds can only store 35mAh to the 43mAh stored by the AirDots 3 earbuds.

Playtime time averages 5hrs. Charging the earbuds takes roughly 1.5hrs and the charging case itself takes 3hrs to juice up. From my crude calculations, that’s roughly 35hrs of music playback before you need to charge the case. Come to think of it, in the week or so I have been reviewing the Redmi AirDots 3, I haven’t made much of a dent in the sheer battery capacity of these babies.

Update: Checkout our video review of the Redmi Airdots 3 on our Youtube channel;

Redmi AirDots 3 Price and where to buy