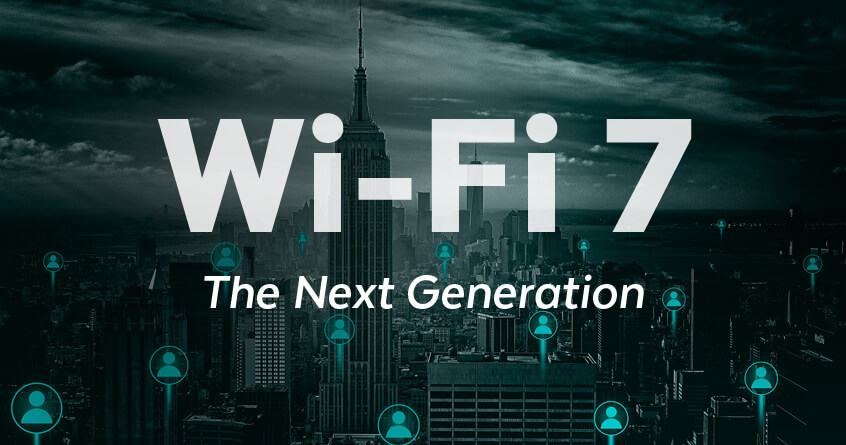 Tech companies are already gearing up for a new WiFi specification when the last two WiFi generations are yet to be adopted fully. I mean, We are yet to see WiFi 6 and 6E appliances everywhere but we already have the WiFi 7 spec. This is why I became a techie, it’s at least one of the reasons.

As you may have already guessed, the WiFi 7 spec sheet is as incomprehensible as they get, we’ll get to that shortly. Initial demonstrations show speeds that rival the Thunderbolt 3 spec sheet, all this on a wireless connection. Let’s first take a step back and do a refresher course on the naming of WiFi generations.

Previously, all WiFi was named according to the original Institute of Electrical and Electronic Engineers (IEEE) wireless networking specification, 802.11. On top of 802.11, letters were added to distinguish between generations with a sequence of b, a, g, n, ac, and ax.

Why not use something as simple as a, b, c, d …? I too do not know, we may actually never know. However, the WiFi Alliance, discovered how confusing their naming was and switched to a simpler numeric sequence. This change in the naming sequence was to be applied retroactively to the already existing standards as follows;

Read More: Wi-Fi is adopting version numbers such as WiFi 6

Keeping with the traditions, the powers that be couldn’t have it so simple for us peasants, hence the WiFi 6E. WiFi 6E maintains the 802.11ax branding with the same theoretical speeds as WiFi 6 but could only work with newer devices. That only made WiFi 6E real-life speeds better than Wi-Fi 6.

Again, keeping with the subtle consumer confusion theme already in play, WiFi 7 is also to be known as EHT (Extremely High-Throughput). Spec-wise WiFi 7 will have a peak theoretical transfer rate of 46Gbps. However, we should expect real-life speeds of about 40Gbps. Downloading a 50GB game on your PC should take about 10 seconds.

Aren’t you mind blown already? Are you wondering what kind of problems need to be fixed by 40Gbps speeds? There are a number of growing internet needs that may actually benefit from WiFi 7, may it be 8k streaming, virtual and augmented reality applications, online video gaming, teleconferencing, video calls, etc.

Read More: How to tell if your smartphone supports WiFi 6

WiFi 7 features 16 MIMO (Multi-input Multiple-outputs) streams compared to the 8 streams on WiFi 6. Basically, the user benefit here is that we will enjoy high-speed connections simultaneously on more devices. Important to note is that a majority of devices like laptops and phones usually have a 2×2 MIMO configuration.

What this means is that there are 2 receiving antennas (for input) and two transmitting antennas ( for output). You can now see how a 16×16 router will work with more 2×2 streams at high speeds and minimal interruptions as compared to an 8×8 router. WiFi 7 also features support for 4K quadrature amplitude modulation (QAM).

This new WiFi spec will also use the 320Mhz channels and add a multi-user resource unit (MRU). All this put together is what results in a 2.4x speed increment for WiFi 7 over WiFi 6. This theoretical increment will however be eaten into by interference like other networks on the 6GHz and 2.4GHz frequencies, thus the lower (40Gbps ha!) real-life speeds.

Don’t get too excited about this new specification just yet, it could be until late next year (2023) before we see WiFi 7 devices starting to trickle into the markets. Of course, the first devices to be released will be high-end commercial devices.