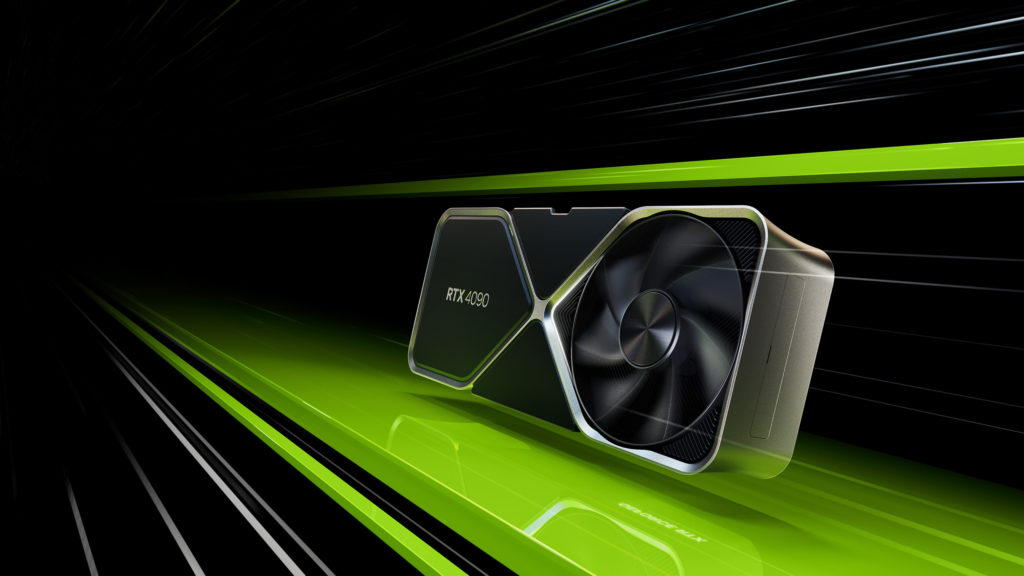 The latest revision of this continuously evolving AI is called DLSS 3.0 and will officially debut with Nvidia’s RTX 4000 series graphics cards. Before we dive into DLSS 3.0 we will take a detour and do a refresher on the previous generations; DLSS 1.0 and DLSS 2.0. But first, how exactly does DLSS work?

DLSS works basically to relieve your GPU from cumbersome tasks using some pretty smart software algorithms. To start with, DLSS uses machine-learning algorithms to upscale images from your video game with little to unnoticeable loss in quality. This machine learning algorithm is run on some special Tensor cores that reside on your graphics card. Let’s say you are playing a game at 1080p 60fps. Under normal circumstances, and without DLSS your, GPU would have to render all 60 images every second at 1080p.

Now, in the same case of gaming at 1080p 60fps but with DLSS now turned on, things change drastically. The GPU will now render the game at 540p then DLSS will work to upscale the game to 1080p. This reduces the computational load by a significant margin with image quality that is very close to the native resolution. This is just the basic working principle of DLSS. However, the nitty-gritty of how the AI algorithm work has been in continuous development. Hence the two revisions we have so far; are DLSS 2.0 and DLSS 3.0.

The first version, DLSS 1.0 was first released back in 2019. This ground-breaking technology from Nvidia had a mixed reaction in terms of user reception. This first iteration was coached to work in specific games by a neural network that was located at the Nvidia facility. The main reason for mixed reception was probably because it only worked on a limited number of games. Gamers were not thrilled with that limitation despite the other benefits.

Coming to the first revision, DLSS 2.0, Nvidia turned things around for the better. DLSS 2.0 was released in 2020. The reception by gamers was much more positive probably because it now worked on many games. This first revision was now a generalized AI algorithm that still worked better on GPU Tensor cores. Though it still was trained at the same Nvidia facility supercomputer, it was much more broadly applicable. Thus it didn’t need to be coached to work on specific games.

This is the second and latest revision of DLSS from Nvidia which has just been announced. Nvidia’s DLSS 3.0 does everything that DLSS 1.0 and DLSS 2.0 did but comes with added features. The most notable new feature of DLSS 3.0 is a feature Nvidia is calling Optical Flow Accelerator. Basically, the Optical Flow Accelerator works to create new frames where none exist through interpolation. The newly created frame is then inserted in between existing frames. Pretty cool, huh?

Let us leave the basics and get to the technicalities of how DLSS 3.0 works. The AI algorithm in Nvidia’s DLSS 3.0 first scrutinizes two consecutive frames that have been rendered by the GPU. It looks at the frame-to-frame pixel movement as well as lighting changes in each frame. The algorithm further examines reflections and particle behavior. Now using all that data the AI comes up with something Nvidia is calling an Optical Flow Field. Which is simply a model of the properties and trajectory of a Pixel.

The algorithm also keeps tabs on game and geometry changes, like how the sky would move behind a flying plane. This data is used to avoid distortions caused as a result of tracking geometry alone to ensure quality is not affected. To provide very accurate artificial frames for insertion, DLSS 3.0 combines geometry tracking with the Optical Flow Field.

The end result is increased frame rates with unchanged image accuracy. Coupling the upscaling technology from earlier DLSS versions with newly inserted frames in Nvidia’s DLSS 3.0 is a recipe for much higher frame rates. With this new tech, Nvidia states that the graphics processor has to only render 12.5% of the pixels in DLSS 3.0 compared to before.

Here is the bad news, unfortunately, the official communication from Nvidia is that DLSS 3.0 will only be supported on the new Nvidia RTX 4000 series. If you have been shopping around you may have noticed that the RTX 4000 series has a Recommended Retail Price (RRP) of around $900 for the base 12GB model. The 16GB model goes for $1,200! Considering the global chip shortage, those RRPs will remain to be just a recommendation.

Actual market prices will be significantly higher due to reduced supply relative to the demand. Nvidia attributes the lack of support on the more available RTX 3000 series as due to a software lock. We hope they remove this software lock and allow the RTX 3000 series users to enjoy DLSS 3.0.

This is a very welcome development in the gaming world which takes away some load from the PC hardware using cleaver software algorithms. More so as new games continue to demand more computing resources by the day. Kudos Nvidia, over to you AMD.