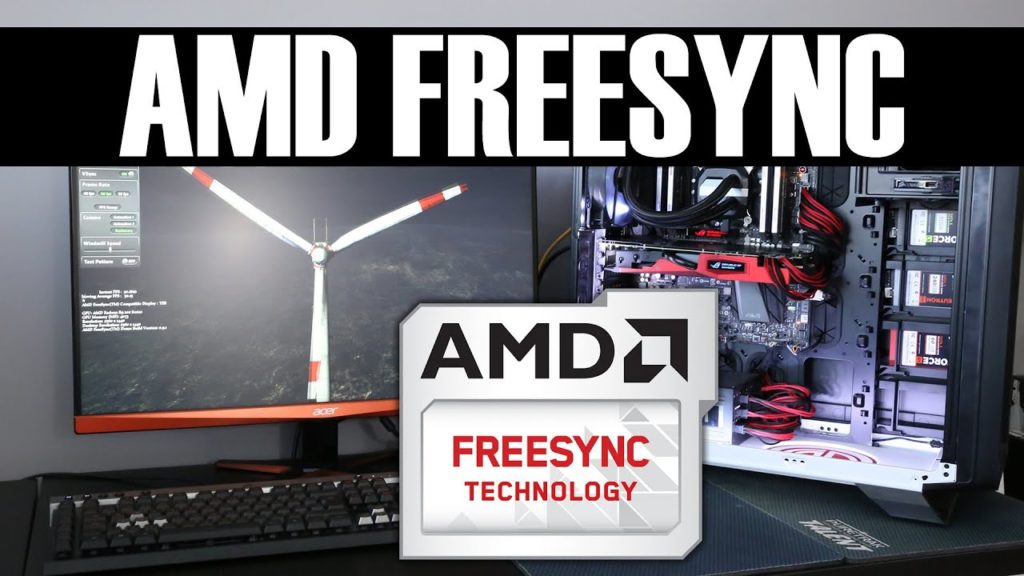 The tech industry has a funny way of trying to make things seem exciting. Most manufacturers who update a product just slap a bunch of impressive-sounding words to the end of the name. Just like if Apple would name a phone in their next-generation lineup the iPhone 12 Pro Max Ultra Signature Deluxe. Hard to imagine, but it is exactly what AMD did with the latest revision of their FreeSync.

If you’re unfamiliar with AMD FreeSync, in a nutshell, it’s a method for synchronizing your graphics processor with your screen’s refresh rate. This prevents the screen from tearing and stuttering that can occur as a result of your GPU not constantly pushing out the same amount of frames when you’re playing a game.

Read More: How To Choose PC Monitors: Features To Look Out For

The first FreeSync standard is still around and is still quite useful. However, it lacks support for high dynamic range (HDR). HDR is increasingly popular for helping games look their best by providing better contrast and colors that pop. As a result, it had to be revised to AMD FreeSync2 HDR.

AMD introduced this second-generation revision in 2017. This made it rather clear that it was a second-generation technology and that it supported High Dynamic Range (HDR). But confusingly enough, this label was scrapped off the FreeSync lineup.

Read More: All You Need To Know Before Your First PC Build

Beyond the base version, next up is FreeSync Premium. This label indicates that a monitor has a couple of specific additional features. To start with, a monitor needs to support a minimum refresh rate of 120 Hz at 1080p resolution. Rather than the usual 60 Hz for the base version. Secondly, the display has to provide something called Low Framerate Compensation (LFC).

Understand that a display can only turn its refresh rate down so far if your GPU is struggling. Let’s say that your GPU is only spitting out around 30 frames per second (fps), but your monitor can only go down to 48 fps. This would render FreeSync ineffective. To counter that, LFC forces the display to show some frames more than once.

Essentially turning one frame into two. Hence those 30 frames coming from your graphics card are treated as 60 by the monitor. That effectively prevents stuttering and tearing. Thus, any monitor that is branded with a FreeSync Premium badge must have a refresh rate of 120 Hz or more as well as LFC support.

Read More: Nvidia SLI vs AMD Crossfire: How Do They Differ

It also has a requirement for what AMD refers to as ‘meticulous color and luminance certification’. I know those are some pretty vague words and it’s not totally clear exactly what AMD means by that. However, it seems that these displays should have brightness levels of between 400 and 600 nits.

600 nits of brightness are still less than enough for True HDR, but it is more than you get on a more run-of-the-mill monitor.

Are There Caveats You Should Know About?

So let’s say you’re interested, what do you need to get your FreeSync flavor of choice up and running? Well, although FreeSync is an open standard, it’s still AMD’s own implementation of the adaptive sync technology in the DisplayPort specification. Hence you’ll need an AMD graphics card.

Though it should be noted it’ll work over an HDMI port as well as DisplayPort. Then you’ll definitely need a compatible monitor as well. But while FreeSync and FreeSync Premium should work with just about any game, FreeSync Premium Pro needs specific support built into each individual game for the HDR features.

So you should check out the list of FreeSync Premium Pro compatible games on AMD’s website. This way you can make sure the title you want to play is supported before you take the plunge. Feel welcome to engage us in the comments section about queries you may have on this subject.

Read More: What 4K HDR is and what it means for your home entertainment experience