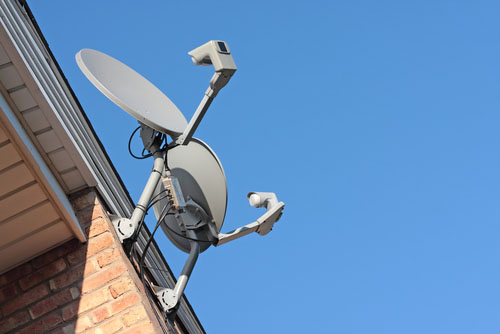 Multichoice’s satellite pay TV provider DSTV, has been in the Ugandan market for the last 15 years. Now other providers want a slice of the pie that DSTV has been enjoying for years. The question is whether or not they will offer the premium experience that has set DSTV as the gold standard of Pay TV in the entire Africa or if they can beat DSTV at the cost.

The ultimate decision on which provider you’ll opt for entirely depends on you. But first, lets lay down the cards

With about 5 different packages and over 130 channels to choose from, it’s suicidal to take on DSTV.

DSTV has 5 packages that include DSTV Access with 45+ channels, DSTV Family with over 60 channels, DSTV Compact with 80+ and Premium with 115+ channels. The service provider has structured it’s pricing in such a way that it caters to users of all pocket sizes. It’s cheapest package DSTV Access goes for
UGX 26,500 ($10) while the highest DSTV Premium goes for a cool UGX 222,600($84).

Compare that to Zuku’s offering that has 3 packages to choose from; Zuku Poa with 36+ channels, Zuku Classic with 49+ and Zuku Premium with the highest number of channels of 70+. Zuku’s lowest tier package is a lot lower than that of DSTV. Poa goes for only UGX 20,000 while its premium bouquet is priced at UGX 50,000.

Both DSTV and Zuku boast of a great list of local free-to-air channels such as NTV, WBS, UBC. For those that are interested in International news channels, still both providers equally compete with Channels such as Al Jazeera, Sky news, Bloomberg and BCC World news.

However, when it comes documentary and entertainment channels, DSTV’s offering is simply unmatched. While Zuku comes off with documentary
channels such as Discovery Science, Nat Geo Gold and movie channels like Zuku Movies Max, Zuku Movies Action, it just won’t match up to DSTV’s wide selection. DSTV has over 50 entertainment and Movie channels like TCM Classic Movies, MGM, M-NET Movies Action, M-NET Movies series while in the documentary category, the provider still leads the pack with about 10 channels such as Animal planet, BBC Knowledge, Discovery world to choose from.

In the sports category, DSTV simply set the bar too high. While Zuku comes off with channels such as Fox Sports 2, Zuku Sports, DSTV’s Super Sports channels that give 24/7 coverage of sports events and live matches from top leagues such as the English premier league, Champion league is simply off the hook. When we consider the quality in the numbers, DSTV still comes off as a clear winner.

Both providers are satellite Pay TV providers. So they both offer a satellite decoder and a satellite dish that needs to be installed outside of your house. Now Zuku charges Ugx 165,000 only for satellite dish and decoder. This also includes installation costs.

DSTV on the other hand is a lot more expensive. The provider charges a whooping Ugx 327,000 for the satellite dish and decoder and an addition Ugx 60,000 for installation. The verdict is clear; DSTV is still way too expensive and simply can’t beat Zuku’s affordable equipment and installation costs

Being a service industry, this is critical. Lousy customer care and customer relationship management could translate into loss of customers. Zuku has a customer care hotline, 0312224800, email line [email protected] , website zukutv.co.ug and social media presence on Twitter and Facebook at zukuOfficial. We found them prompt when contacted on social media. However, their site especially the Ugandan one isn’t yet customized for the Ugandan customers.

DSTV on the other hand hasn’t taken customer care lightly either. DSTV has a customer care hotline 0312245216, a very resourceful site with each country in which it operates and is also active on social media; Facebook and Twitter. It’s widespread authorized agent network also means you can always get help wherever you are in the country.

So there you have it; DSTV vs new comer Zuku TV. DSTV having pioneered  Pay TV in Africa where in sub-Saharan Africa (outside South Africa), MultiChoice is reaching about 3m households. It means the Naspers subsidiary enjoys economies of scale and can therefore afford to offer more packages with a diverse channel list. However, DSTV’s decoder and installation costs are still prohibitive which is where other providers are stealing some of it’s would-be customers. Also DSTV’s lower-tier package, even though affordable, lacks interesting channels that the other higher tier bouquets have. In other words, DSTV is only great if you pay more.

On the other hand, Zuku TV comes off deficient in bouquet ranges and it’s channel list can’t simply compete with what DSTV is offering. If you are big on Sports or Movies, Zuku TV still offers competitive range of great channels. But Zuku’s real unique preposition is the low cost of satellite decoder and installation. Ultimately, the choice is yours, but our overall winner is: DSTV.

One thought on “DSTV vs Zuku Uganda: Can Zuku steal the show from Multichoice?”