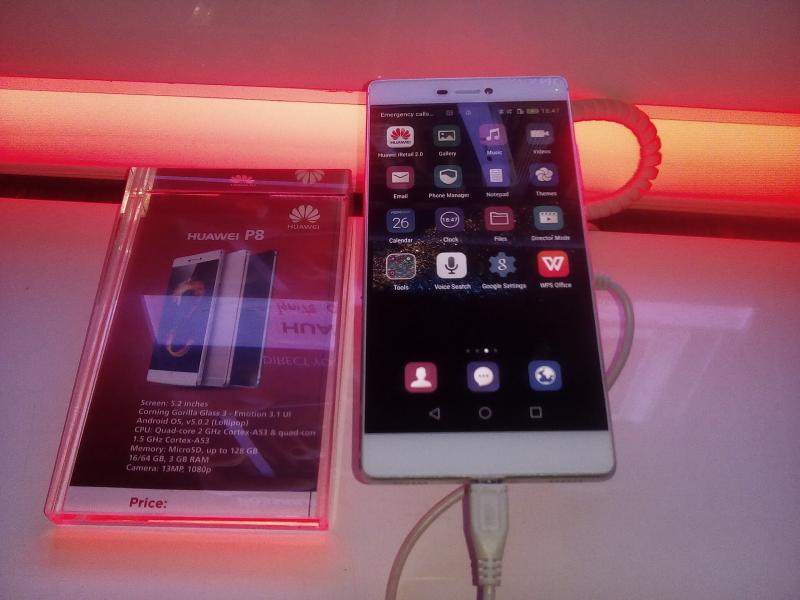 It was rather odd that the event didn’t have Wi-Fi given that “Uganda’s internet leader” was co-hosting the launch of a 4G LTE-capable premium smartphone!

At the price of Ugx 1,590,000, the Huawei P8 is without a doubt the most affordable flagship smartphone of 2015 in Uganda. That’s about Ugx 100,000 cheaper than its price last month when we first reported about its availability in the local market.

As with its predecessors the Huawei Ascend P6 and the P7, the P8 maintains a reasonably affordable price in the Ugandan market.

Read More: Huawei Phones in Uganda: These are the latest Huawei phones and prices right now

Now MTN Uganda is also giving away 50MB of free data daily for 60 days and a Free 4G LTE Sim swap for anyone who buy the 4G LTE-compatible device. That’s definitely a good deal — the most affordable high-end flagship smartphone alongside some free data for two months.

You obviously don’t want to take our word for it. Compare for yourself prices of 2015 smartphones in Uganda across the most plausible vendors and mobile networks in the country.