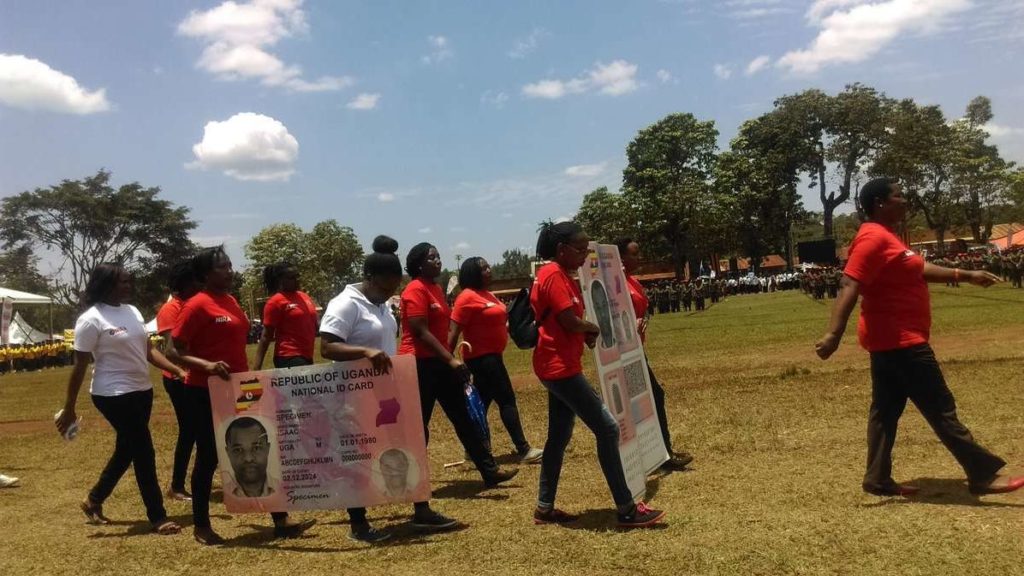 Ever since the conclusion of the National ID registration exercise two years back, a cross-section of Ugandans were left in limbo, nursing unanswered questions and unsure whom to ask.

Some did not receive their IDs from the temporary registration centers which soon migrated. Others had incorrect data on their IDs due to human error and would wish to rectify it.

A certain percentage did not even bother registering for national ID and thus do not own national IDS and are unsure on how exactly to proceed. Questions abound and being Uganda, people are wary of the bureaucratic red-tape in government agency halls.

What if I told you that the Uganda Government does indeed have structures in place to deal with these queries and the process is quite transparent? On a recent trip I took to Posta Uganda Main branch in Kampala, I unexpectedly came across a booth manned by employees of the National Identification and Registration Authority (NIRA).

The booth attendant was even kind enough to furnish me with answers to whatever queries I had. Some of my worries included what to do if my ID got stolen, or damaged.

Prior to the establishment of NIRA, Government agencies faced a bothersome issue of over-duplication of data. Most agencies such as URA, Electoral Commission, URSB, e.t.c, kept their own private databases on the citizens.

One had to fill out the same information numerous times and naturally, errors were bound to occur. Let’s not forget that it actually costs time and resources to pull this off.

To do away with this duplication of data, the Government passed the Registration of Persons Act, 2015 [PDF]. Under the law, NIRA  is tasked with registering every person in the country and providing them with IDs. NIRA also registers births, adoptions and deaths in order to keep tabs on the population situation.

Moreover, the various forms can be downloaded from the website directly. We believe the filled in forms can be handed in to any NIRA outlet in the country. The IDs and certificates can only be collected from your area NIRA offices.

What does NIRA do?

The Authority commits to creating and maintaining a current, accurate and complete data bank from which the National Identification Register can be extracted. This involves registering citizens, alien residents including Births, Deaths and Adoption Order Registrations. This will help in the accurate and well planned delivery of Government services across the country.

The Authority issues certificates of Births, Deaths and Adoption orders as is mandated under the Registration of Persons Act 2015.  NIRA will open other service points across the country until the goal to cover the entire country is covered.

While not clearly stated anywhere, and we will have to confirm this at a later date, Ugandan nationals above 18 years of age who missed registering for national ID in 2014 may be charged UGX 50,000 for the service.

It goes without saying that for one to be legible for national ID, one should be a Ugandan national. That said, supporting documents will be required at the enrollment centers before registration may commence. These include a birth certificate, marriage certificate, academic certificates, passport and  LC letter among other documents.

NIRA advises citizens to register at their parish or district of origin or residence. Facilities have been put in place to handle this exercise. According to Judy Obitre Gama, NIRA’s Executive Director, the Government intends to register Ugandans from birth who will be given a unique national identification number (NIN). Once they clock 18 years, they can then be able to process a national ID.

In retrospect, the attendant at the booth at Posta Uganda echoed a similar statement made by Allan Kyazze from NITA (National Information Technology Authority) who said the Government is in the process of creating a single national database.

With such a system, a person need only register once to utilise Government services including processing passports, employment, voting, accessing URA services, and more.

Birth and Death and Adoption

5 thoughts on “National Identification and Registration in Uganda: More than IDs”