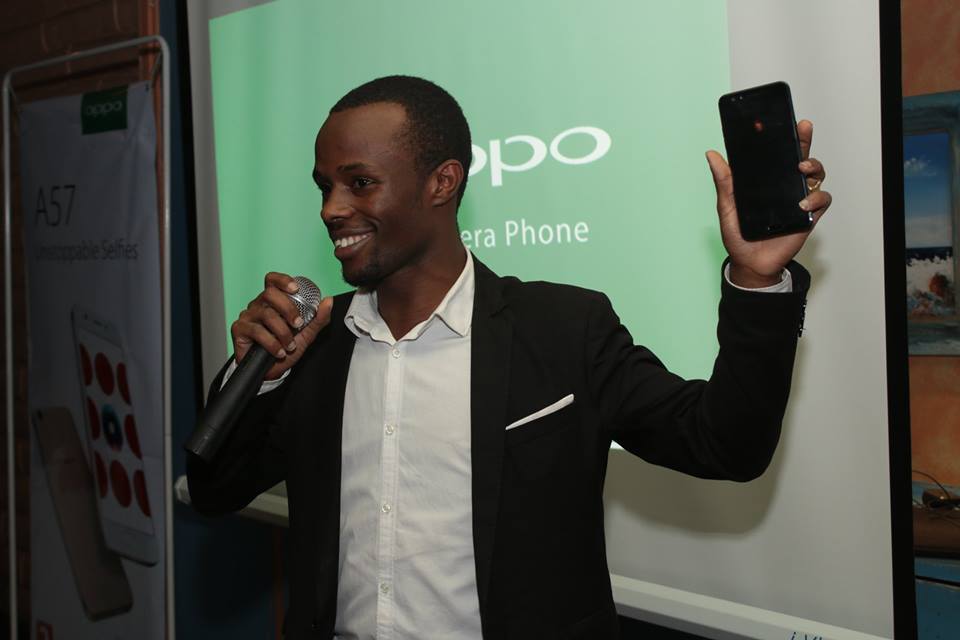 After its launch in May 2017 followed by viral advertisement of the Oppo Camera phone with many celebrities as brand ambassadors, Kenyans flocked shops all over the country to buy OPPO F3 – Dual Selfie Camera Phone. The feedback has been positive and riding on that success and popularity, Oppo is this week set to launch a Matte Black variant of the very well received Oppo F3.

According to Oppo, starting mid-July 2017, customers in Kenya can buy the new OPPO F3 Black Limited Edition in OPPO authorized resellers nationwide. This makes the OPPO F3 available in two colors. Both models come with a pre-installed screen protector, jelly case and 2-years official warranty for added value and protection.

The Limited Edition device has the same internals as the Oppo F3. This means the Black edition will spot a 5.5-inch 1080p display. The screen is protected against scratches with Corning Gorilla Glass 5. The device supports 4G LTE and is powered by an octa-core MediaTek MT6750T processor. It comes with 4GB RAM and 64GB storage, expandable to 128GB via a microSD card slot.

The phone runs Android 7.0 with the company’s ColorOS 3.0 skin. The device is further backed by a 3,200mAh battery. The dual front facing camera setup, one is a 16-megapixel for regular selfies and an 8-megapixel wide-angle shooter for group photos should be carried over from the F3. It has got a 13-megapixel camera on the rear.

OPPO F3 is currently being priced at Ksh 32,990 at all OPPO shops across Nairobi. Pricing for the Limited Edition F3 is expected to be slightly higher than that and will be announced by OPPO during release later this week.